The James Webb Space Telescope, considered a successor to the long-orbiting Hubble Space Telescope, will orbit the sun at a point about 1.6 million kilometres from Earth. The project has been hampered by technical problems 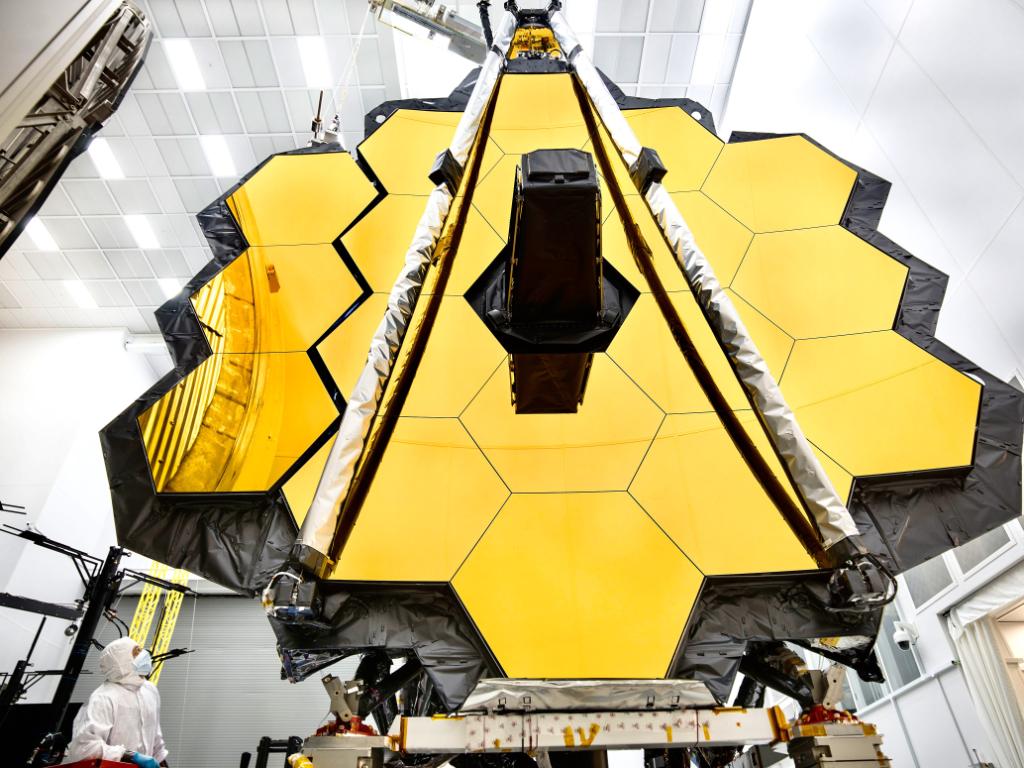 The James Webb Space Telescope will study far flung planets and star systems across the universe for signs of life. NASA is now targeting May 2020 as a launch date. PHOTO: NASA Webb Telescope/Twitter

Top officials said Tuesday that more time is needed to assemble and test the James Webb Space Telescope, which is considered a successor to the long-orbiting Hubble Space Telescope.

It’s the latest in a series of delays for the telescope, dating back a decade. More recently, Webb was supposed to fly this year, but last fall NASA bumped the launch until 2019.

“Simply put, we have one shot to get this right before going into space,” explained Thomas Zurbuchen, NASA’s associate administrator of science.

For such a highly complex machine designed to “look at the universe in a way that we’ve never seen it,” there can be no shortcuts, he stressed. The telescope will study planets orbiting other stars, while probing the earliest times of the cosmos.

Some mistakes were made while preparing the telescope, which slowed work. At the same time, NASA underestimated the scale of the job, Zurbuchen said.

Unlike Hubble, which was serviced regularly by space shuttle astronauts, Webb will orbit the sun at a point about 1 million miles (1.6 million kilometres) from Earth—unreachable in case of a breakdown. Hubble lifted off in 1990 with a flawed mirror that blurred its vision; spacewalking astronauts had to fix it in 1993.

“You’ve heard this before, but it rings true for us. Really, failure is not an option,” Zurbuchen told reporters in a teleconference.

NASA and its partner, the European Space Agency, will firm up a new launch date, now tentatively targeted for May 2020 from French Guiana. An independent review board is being formed to look into the remaining work and feasible launch dates.

Once a date is actually set, NASA said it will provide a new cost estimate. Officials acknowledge the cost may exceed the $8 billion development cap set by Congress. NASA already has poured $7.3 billion into the telescope, said Acting Administrator Robert Lightfoot. He promised Congress would receive a detailed report on schedule and cost this summer.

The telescope is named after the NASA administrator who oversaw the Mercury and Gemini programs and development of the Apollo moon missions. All its parts are now at Northrop Grumman Aerospace Systems in Redondo Beach, California. The two halves of the 13,500-pound (6,100-kilogram) observatory still must be joined and the entire structure tested.

“Extensive testing is the only way to ensure that the mission will succeed with high confidence,” Zurbuchen said.

In addition to a mirror 21 feet (6.5 metres) across, Webb will sport a five-layer sunshield the size of a tennis court so it can make infrared observations at frigid temperatures. Several tears across all five layers occurred during folding and deployment of the sunshield during testing. The spacecraft’s propulsion system also had its share of trouble.

NASA, meanwhile, is launching a planet-hunting spacecraft named Tess on April 16 from Cape Canaveral. Tess will serve as a scout for Webb, identifying planets around nearby stars that Webb later will study for possible signs of life.

Neither Tess nor other joint missions will be impacted by the Webb delays, Zurbuchen said.


Related Stories
Nasa testing ‘inflatable’ rooms for space station and beyond
NASA sets sights on Mars, deep space with new $67M development project
Space freighter full of junk burns up during re-entry, and NASA is okay with it
NASA planning to shoot space probe straight at the sun next year