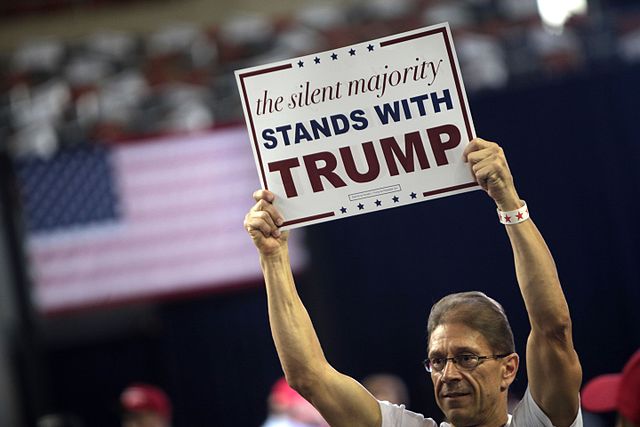 Maybe. But a review of the agreement suggests that it could also mean higher prices for consumers and more inefficiencies for businesses. And the biggest winners might end up being robots and the companies that make them.

As Americans vote in the midterm elections, Trump is heralding the U.S.-Mexico-Canada Agreement as a triumph for his antagonistic trade policy—an approach that he says will usher in “a new dawn for the American auto industry and the American auto worker.”

The pact, unveiled Sept. 30, does appear to meet some of Trump’s goals: It could shift more factory production to the United States, thereby reversing a long-standing flow of jobs to lower-wage Mexico. And it could result in better working conditions and perhaps higher pay for Mexico’s long-suffering labourers.

But shifting away from a business model that relies on Mexican labour would likely mean higher-priced cars for American consumers. And North America’s automakers could become less competitive compared with rivals in Europe and Asia.

“It’s going to be harder to keep North America competitive as a manufacturing hub,” said Michael McAdoo of the Boston Consulting Group.

What’s more, much of the manufacturing work that does return to the United States would likely be done by robots in America’s increasingly automated plants, not by human workers.

The deal—known by its acronym, USMCA—is meant to replace the North American Free Trade Agreement. Trump had long condemned the 24-year-old NAFTA as a killer of American jobs. He even banished its name once the new deal was struck.

NAFTA had erased most trade barriers separating the United States, Canada and Mexico. Trade among the three surged. But many U.S. manufacturers moved factories and jobs to Mexico to capitalize on cheaper labour. Those manufacturers could then ship cars and other goods back to the United States and Canada, duty-free.

“These measures will support many hundreds of thousands of American jobs,” Trump declared early last month.

USMCA isn’t a done deal. It has yet to be signed by the leaders or ratified by the legislatures of the three countries. Some Democrats have expressed support for the pact. But if their party regains control of the U.S. House in Tuesday’s elections, it’s far from clear that its leaders would want to hand Trump a victory.

What’s more, Canadian and Mexican lawmakers might think twice about ratifying the deal unless Trump frees them from the import taxes he’s imposed on steel and aluminum in a separate dispute.

To qualify for duty-free benefits, USMCA requires carmakers to acquire 75 per cent of auto content from within North America—up from 62.5 per cent under NAFTA. That means more content would have to be homegrown in higher-wage North America, not imported more cheaply from elsewhere.

At least 40 per cent of vehicles would also have to originate in places where workers earn at least $16 an hour. That would likely benefit the United States or Canada—not Mexico, where auto assembly workers earn an average of just $7.34 an hour and parts workers $3.41 an hour.

Gladys Cisneros of the AFL-CIO’s Solidarity Center, which advocates for unions, said she doubts the $16-an-hour wage requirement would do much for Mexican workers.

“Not a single auto parts or auto assembly plant pays that much” in Mexico, Cisneros said. “You’re not going to get them … to $16 anytime soon.”

Tony Payan, director of the Mexico Center at Rice University’s Baker Institute for Public Policy, noted that for years Mexican governments sought to keep wages low to give their country a competitive edge.

“What Trump is finding here is a more receptive environment in Mexico to do exactly what he wants Mexico to do,” Payan said

Under USMCA, Mexico is supposed to formally authorize workers to form independent unions. Mexican unions have traditionally been co-opted by employers and the government and done little for workers. Laborers have been fired for trying to bargain on their own for better pay and working conditions.

A weak labour movement is one reason NAFTA didn’t much help Mexicans despite the influx of jobs there. A study by the Colegio de Mexico found that the wage gap between the U.S. and Mexico actually widened under NAFTA. U.S. autoworkers made 5.4 times as much as their Mexican counterparts in 1994. By 2016, they were earning 9.1 times more.

Under NAFTA, workers were represented by “bogus trade unions—very corrupt,” said Jesus Seade, who represented the incoming Lopez Obrador administration in the USMCA talks. “Now, all that is going out the window.”

Well, maybe. Foreign Relations Secretary Luis Videgaray told The Associated Press that the agreement doesn’t oblige Mexico to do much beyond implementing a vague constitutional amendment requiring workers to have a say in labour contracts.

In the meantime, businesses are studying the agreement to determine what it could mean for their operations and supply chains.

Some companies may move operations from Mexico to the United States. Others might decide that the USMCA’s duty-free benefits aren’t worth the cost of complying with the 75 per cent North American content requirement and producing more cars in higher-wage factories. And they have an alternative: They can ignore USMCA rules and just absorb the 2.5 per cent car tariff that most countries pay to export to the United States under World Trade Organization rules.

It’s unclear whether those companies could continue to pay only the 2.5 per cent WTO tariff should Trump carry out a threat to impose tariffs of 20 per cent to 25 per cent on all autos imported to the United States. The U.S. and Mexico agreed that 2.6 million Mexican cars would be exempt from any such auto tariffs. But whether these exemptions would apply to cars that failed to meet USMCA standards isn’t clear.

In such ways, the new trade pact—and any corporate manoeuvring to bypass its requirements—could raise manufacturing costs in North America and put its factories at a disadvantage to Asian and European rivals.

“Companies are evaluating where they can produce competitively in order to access emerging markets in Asia, South America and elsewhere,” Chad Bown, senior fellow at the Peterson Institute for International Economics, wrote in an assessment of the deal. “Clunky new rules and higher costs make America, Mexico and Canada a considerably less attractive hub.”

Even if the new pact does help return some production to the United States, it’s unclear that it would produce many jobs. America’s factories are increasingly automated.

“The United States continues to be a manufacturing powerhouse, but manufacturing jobs are increasingly rare,” said Rice’s Payan. “Robots are doing the work.”

After studying USMCA, in fact, investment strategists at the Wells Fargo Investment Institute predicted that “the long-term winners will be companies in the automation and robotics space.”