The food processor, which recently found itself at the centre of a Canadian condiment battle over local manufacturing, has been sold to U.S. spice company McCormick 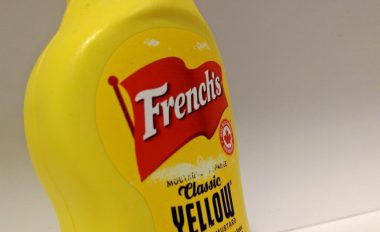 The brand is best known for its yellow mustard, but its ketchup has also gained prominence in Canada in recent months

LONDON—U.S. spice maker McCormick & Company is buying the maker of French’s mustard and other condiments in a US$4.2 billion cash deal that it regards as a “perfect match.”

The Maryland-based company fought off rival bidders to purchase the Reckitt Benckiser food business. The deal, disclosed July 18, will create a combined group with annual sales of around US$5 billion.

In Canada, French’s recently found itself at the centre of a condiment battle over local manufacturing and national pride.

The company uses Canadian tomatoes to make its ketchup and started producing bottles at a new Toronto plant in May. Last year, grocery chain Loblaw set off a firestorm when it yanked French’s ketchup from the shelves, a move that favoured U.S.-made Heinz. Amid backlash, it quickly reversed the decision.

Following the acquisition, the French’s and Frank RedHot brands will become McCormick’s No. 2 and 3 brands, respectively.

The deal is part of RB’s strategy to re-focus on consumer health and hygiene products after it bought U.S. baby formula maker Mead Johnson. The company’s brands include Nurofen, Woolite and Clearasil.

“This transaction marks another step towards transforming RB into a global leader in consumer health and hygiene,” said Rakesh Kapoor, CEO of RB.

Reckitt’s food business is headquartered in Chester, N.J. The company employs 450, including some 360 in Springfield, Missouri.

McCormick has said it wants to strip out around $50 million in cost “synergies” after the takeover, the majority of which would be achieved by 2020.