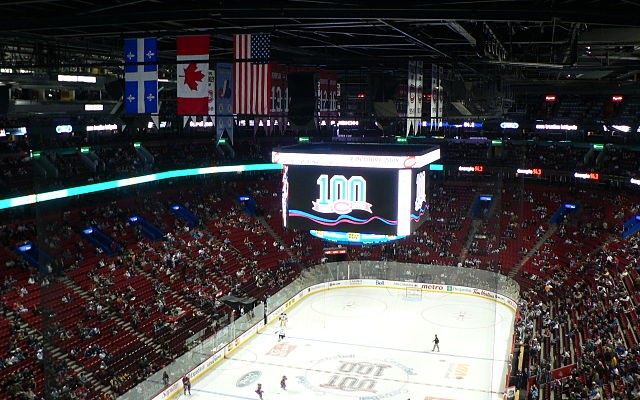 Interior of the Bell Centre. Serving as the home of the Montreal Canadiens, as well as a concert and show venue, the arena attracts approximately 2.9 million guests annually. PHOTO: Fleurdelisé, via Wikimedia Commons

MONTREAL—With Carey Price between the pipes and a major influx of cash from their owner, the Montreal Canadiens and the Bell Centre are poised for success both on and off the ice.

Geoff Molson, the team’s president and CEO, who also runs the Bell Centre and event promotion company, Evenko, has unveiled plans to flood the rink with a $100 million investment. The funds are earmarked for improvements inside the arena as well as for the surrounding area.

“For 20 years, the Bell Centre has been a leader of the entertainment industry and is one of the busiest arenas in North America. We are proud of the Bell Centre’s role as a catalyst of the Quebec economy and its contribution to building Montreal’s reputation around the world,” Molson said.

“This major investment is intended to maintain our standards of excellence and to ensure the quality of the Bell Centre visitor experience,” he added.

The revamp will include the construction of a new major sports restaurant, a new glassed-in Bell Centre entry hall, over 20,000 refurbished arena seats, corridor redesigns, new food concessions, as well as mechanical and staging equipment upgrades. Plans to transform Avenue-des-Canadiens into a pedestrian street have also been submitted to the City of Montreal.

The redesign will take place over the next three years and has been carefully planned so the work will not interfere with any Bell Centre activities.