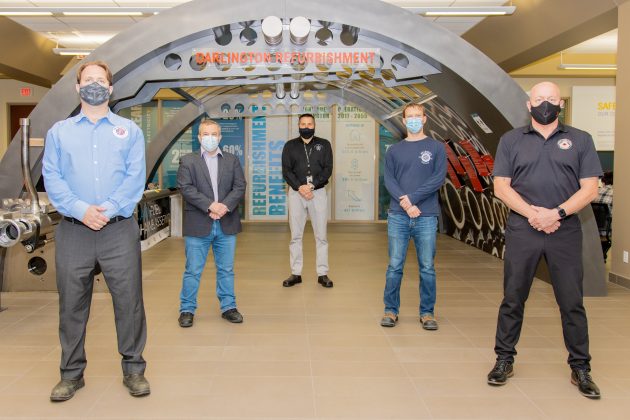 TORONTO — Premiers of Ontario, New Brunswick and Saskatchewan have taking the next step forward in ensuring Canada develops and deploys SMR technology with the release of the SMR feasibility study March 2021.

Alberta also formally joined the other three provinces April 2021 by signing the SMR Memorandum of Understanding that puts in place a framework for action on the deployment of SMRs in their respective jurisdictions.

The SMR feasibility study points out Canada’s first grid-scale SMR project of about 300 MW is expected to be in place at the Darlington nuclear site in Ontario by 2028, followed by up to four similar units in Saskatchewan with the first in service in 2032.

An advanced SMR design is also to be developed in New Brunswick resulting in demonstration units at the Point Lepreau, N.B., nuclear site by 2030. As well, a new class of Micro SMR is being designed to replace diesel use in remote communities and mines — a 5-MW gas-cooled reactor project is proposed at the Chalk River nuclear site in Ontario and is expected to be in service by 2026.

“The Millwright Regional Council of Ontario is well positioned to meet new technology demands as we collaborate with our industry partners to train towards and service the next generation of nuclear power,” said Ed Spence, MRCO Executive Secretary-Treasurer in a statement.

“With significant investment in Port Hope, ON., securing land to construct a new Local 2309 training facility next door to Darlington’s proposed SMR site, we are on course to become leaders in this field by demonstrating our ability to adapt to change and train to the client’s specifications,” Mark Beardsworth, MRCO Assistant Executive Secretary-Treasurer, said.