"I don't see why Canada should jeopardize its negotiating positions at the NAFTA table for the tariff," said Aluminium Association of Canada CEO Jean Simard 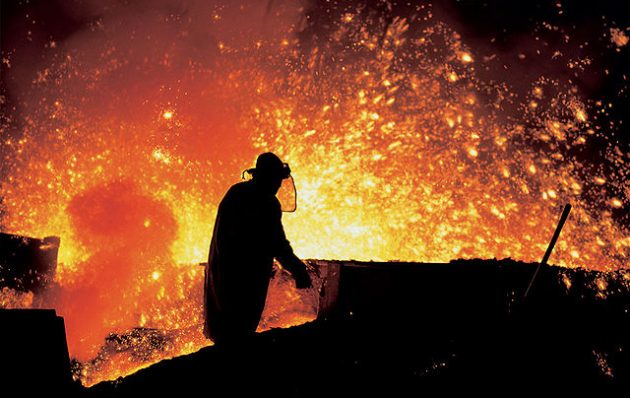 CALGARY—Canada’s aluminum and steel producers urged the federal government to stand firm on trade issues with the United States Tuesday, even after President Donald Trump dangled the possibility of lifting tariffs on those metals in exchange for a NAFTA agreement that is more favourable to his country.

Aluminium Association of Canada CEO Jean Simard said that after seeing the tariff tweets from Trump on Monday he made clear to the government that the industry supports Canada’s firm position in talks.

“The first thing I did when that tweet came out yesterday morning, I got in touch with the federal government to tell them our industry was not expecting anything out of this. That the government should remain firm in its positions,” he said.

“We’re still in a flying circus act. I don’t see why Canada should jeopardize its negotiating positions at the NAFTA table for the tariff.”

Trump reaffirmed his plans to place tariffs on steel and aluminum imports Tuesday, saying at a White House news conference that “trade wars aren’t so bad.”

He also reiterated that Canada and Mexico might be spared from his plans for a 25 per cent tariff on steel imports and 10 per cent tariff on aluminum imports if they agree to better terms for the U.S. in talks aimed at revising the North American Free Trade Agreement.

Boosting the U.S. domestic manufacturing sector, partially through an increase in the percentage of U.S. content in autos, has been one of Trump’s key sticking points on NAFTA. But the auto sector is also a major end user of steel and aluminum, as steel-heavy parts cross the border multiple times before winding up in a finished vehicle.

The president’s position will likely only be swayed by U.S. businesses and politicians, not foreign governments, by convincing him of the likely harm to the economy if Canada is not exempt, said Simard.

“They darn well know that the impacts on the U.S. economy will be major, and they will be negative,” he said.

Speaking to media in Vancouver on Tuesday, Finance Minister Bill Morneau said the government believes Canada should be exempt from the levies because of the two countries’ close ties.

“We’ve been clear. We believe that the imposition of tariffs on steel and aluminium on Canadian products going into the United States is absolutely not appropriate. We see ourselves as being an important part of the U.S. supply chain,” he said. “If required, we will be firm in our response—appropriate, but firm—by taking measures that would respond appropriately.”

Asked about the prospect of a trade war with the U.S., Morneau said the government is taking a measured approach and will argue that no one benefits from tariffs on Canadian steel and aluminium.

The aluminum tariff, while supporting 1,900 U.S. aluminum smelting jobs, would cost the country at least 23,000 manufacturing jobs and as much as US$45 billion, according to a report by Harbor Aluminum Intelligence Unit.

Canada’s steel industry continues to look for a collaborative approach to reaching a deal on NAFTA while pushing for exemption from the proposed tariffs, said Canadian Steel Producers Association president Joseph Galimberti.

“Our approach in that can’t change, or won’t change.”

Ken Neumann, the United Steelworkers national director for Canada, said Canada should do what it can to keep the two issues separate.

“Canada has to stay very stern and strong, (and) say look, you’ve got your NAFTA negotiations, this is about tariffs on steel.”

He said the U.S. was using national security issues to justify the steel tariffs, and that the investigation into the impacts of imports found Canada did not hurt the industry.

If the U.S. doesn’t back down on tariffs, Canada has to be prepared to respond to that as well, said Neumann.

“You just can’t sit back and let them try and bully us. There comes a point where you have to stand up for fair trade and do what’s right.”

A federal government statement said Prime Minister Justin Trudeau spoke with Trump Monday night and registered his concerns about the proposed tariffs, adding that they wouldn’t help in reaching a deal on NAFTA.