Merck Canada to expand manufacturing for Molnupiravir to Whitby, ON

Whitby, ON will manufacture molnupiravir for distribution in Canada and the United Kingdom as well as markets in the European Union 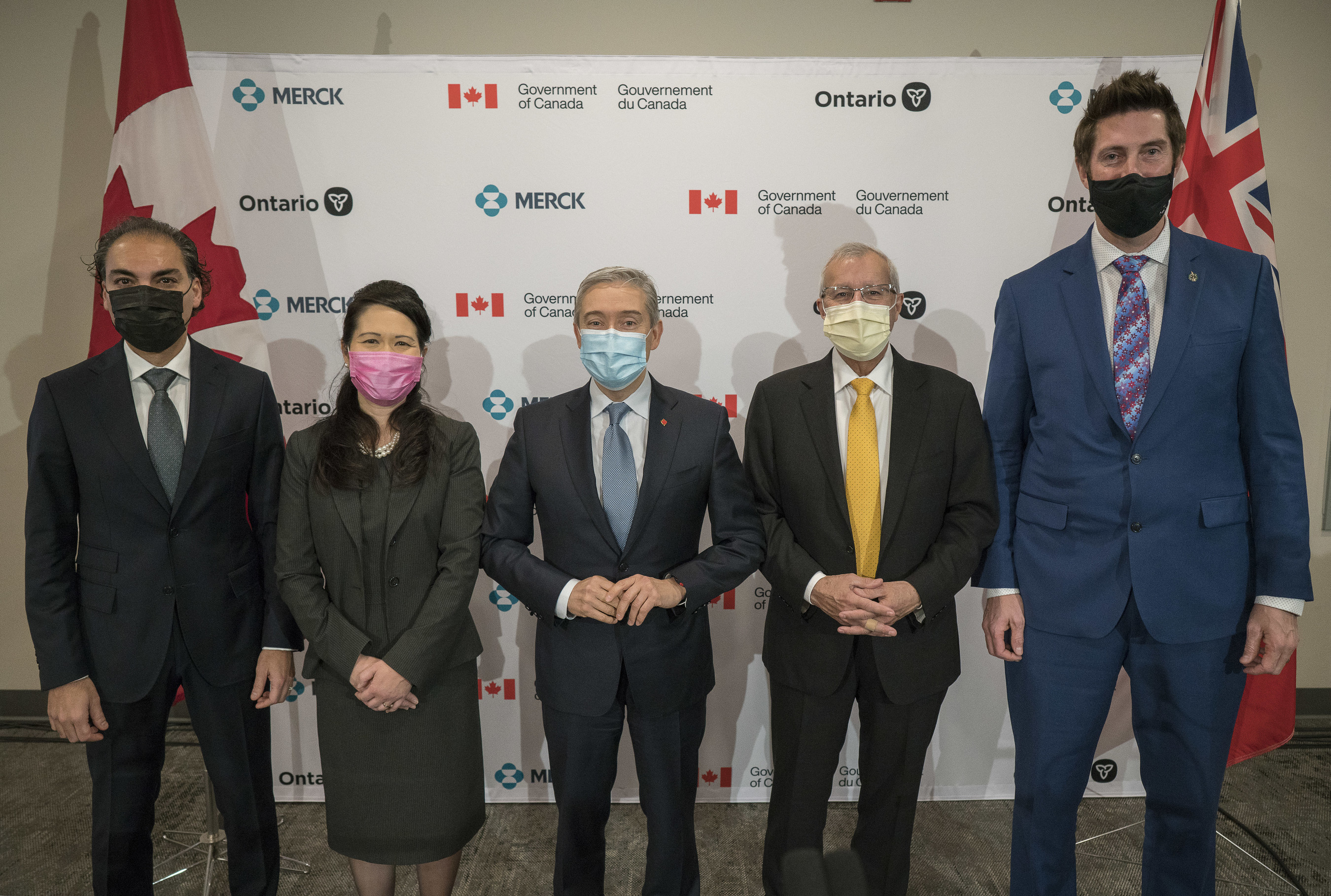 Marwan Akar, President and Managing Director, and Jennifer Chan, Vice President, Government Affairs, from Merck Canada Inc., were joined by the Hon. François-Philippe Champagne, Minister of Innovation, Science and Industry, the Hon. Victor Fedeli, Ontario Minister of Economic Development, Job Creation and Trade, and Ryan Turnbull, Member of Parliament for Whitby, Ontario, to announce expansion of manufacturing in Whitby, ON, for an investigational oral antiviral medicine for the treatment of COVID-19. (CNW Group/Merck Canada Inc.)

KIRKLAND—Merck known as MSD outside Canada and the United States, announced that it has entered into an agreement with Thermo Fisher Scientific to manufacture molnupiravir, Merck’s investigational oral antiviral medicine for the treatment of COVID-19.

The company has stated that this agreement is part of Merck’s commitment to make this investigational medicine widely available globally, if approved for use by regulatory agencies. Molnupiravir is being developed by Merck in collaboration with Ridgeback Biotherapeutics.

Thermo Fisher’s manufacturing site in Whitby, Ontario, will manufacture molnupiravir for distribution in Canada and the United Kingdom as well as markets in the European Union, Asia Pacific and Latin America, pending local market approvals. It is one of three manufacturing sites in the world for this therapy.

“We are honoured to be partnering with the federal and provincial governments in support of our country’s preparedness against COVID-19. We can learn from this experience and apply the same determination to grow the life sciences sector more broadly, to help fight the world’s health challenges,” said Marwan Akar, President and Managing Director of Merck Canada in a statement.