German automaker to invest close to one billion euro in program, partner with Renault-Nissan to manufacture midsize truck 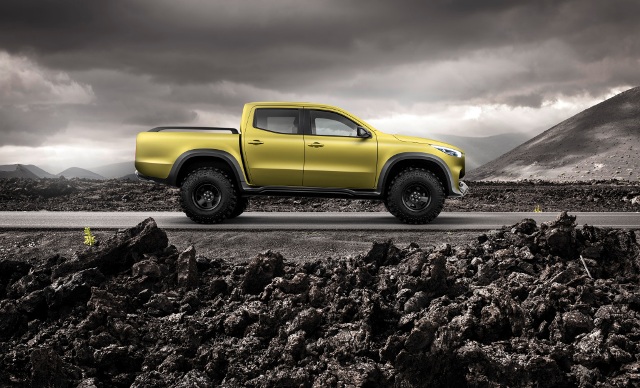 A rendering of the new “premium” pickup. The X-Class will be outfitted with a six-cylinder diesel engine and permanent all-wheel drive. PHOTO: Daimler

This week, the German automaker threw back the curtain on a new concept it says is the world’s first “true” premium pickup.

Sporting the Mercedes-Benz emblem, Daimler is targeting a range of diverse market groups with the new truck—from urban dwellers in the U.K.—to Argentinian ranchers. The company said the X-Class will bridge the gap between commercial and private use.

Though still in the planning stages, Daimler anticipates launching the truck late next year. It has identified Argentina, Brazil, South Africa, Australia, New Zealand and Europe as the key markets, but has yet to detail any plans to bring the truck to North America.

To produce the pickup, Daimler is partnering with the Renault-Nissan Alliance. The German automaker said the X-Class will be manufactured at Nissan’s plant in Barcelona, Spain beginning next year and at Renault’s plant in Cordoba, Argentina starting in 2018. 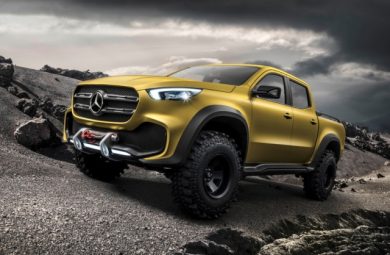 The new vehicle will be the German automaker’s first foray into the pickup market. PHOTO: Daimler

Falling under the Mercedes-Benz Vans umbrella, the X-Class will be outfitted with a six-cylinder diesel engine and permanent all-wheel drive. More details about the truck’s capabilities and what sets it apart from the traditional mid-sized market are expected in the coming months.

Daimler said investments in the program (in euro) will reach the “high nine figures,” but it did not release specifics.