Automaker previously imported its Sprinter vans to North America, but with sales growing, it says the market is ready for a full-fledged plant 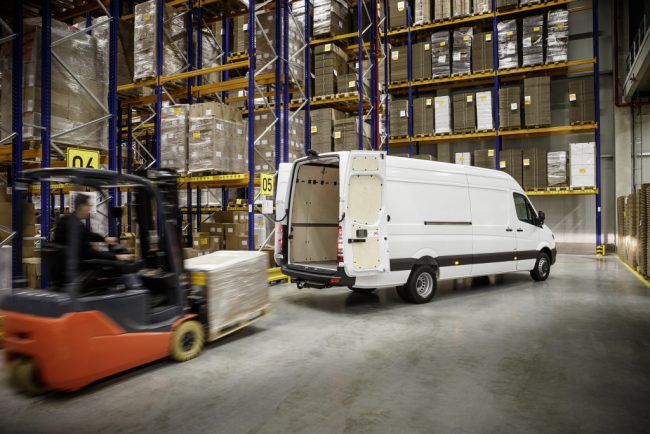 In the past, Mercedes has shipped pieces of its Sprinter vans from Germany to the U.S. for assembly. PHOTO: Daimler

The site is next to an existing plant where, for the past decade, the company has put Sprinter vans made in Germany back together after being disassembled and shipped to this country because of the high duties on importing finished vehicles.

“The logistics process is a nightmare,” Volker Mornhinweg, the head of Mercedes-Benz Vans, told reporters.

In the existing factory the parts and bodies of the vans, shipped through the Port of Charleston, are reassembled in a process that takes four to five hours.

During the past decade, Mercedes-Benz Vans has been gauging the North American market for its vans and sales have been growing. Last year the company delivered 28,600 vans to customers in the United States, an increase of 11 per cent over 2014.

After Germany, the United States is the largest market for the vans.

“Now the time is mature that we can build a full-fledged facility here for the North American market,” Mornhinweg said.

The new plant will add more than 1 million square feet to the existing 400,000 square-foot facility. It is expected to employ 1,300 workers and the company says it should mean 400 additional jobs for parts suppliers in the area.

Mornhinweg said that in addition to growing demand, the company selected North Charleston because it already has 200 trained workers and owned property to expand at the site.

He said for competitive reasons, the company was not announcing exactly when the plant to open or how many vans it will produce each year.

Gov. Nikki Haley, who appeared with U.S. Sen. Lindsey Graham and other state and local officials are the event, thanked the company.

“We will keep you ahead of schedule,” she said. “There is nothing you will ever want or need that the people in the state of South Carolina won’t deliver because you have made a sacrifice. Because of your $500 million investment, 1,300 families will now be able to thank you.”

The new jobs will add to a burgeoning automotive workforce in South Carolina.

Volvo Cars is building a plant just up Interstate 26 from the Mercedes plant and expects to employ 2,000 workers there during the next decade. BMW already employs about 8,000 workers at its assembly plant in upstate South Carolina