The owners of Mazda 3 vehicles from model years 2004-2007, who were victims of a theft or an attack which left one or more dents around the driver's door handle may be eligible for compensation. 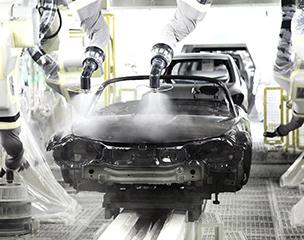 A Mazda car being painted at a manufacturing plant PHOTO: Mazda Motor Corp.

MONTREAL — The Court of Appeal of Quebec rendered judgment on January 16, 2016, condemning Mazda Canada inc. to compensate the members of Group 1 who were victims of a theft or an attack which left one or more dents around the driver’s door handle. The Court granted the Representative’s request alleging that the Mazda 3 vehicles, model years of 2004 to 2007, were equipped with a defective locking system making these vehicles more likely to be targeted and that this information had not been disclosed to the owners when they acquired the vehicles.

The claims process begins on Jul. 15 for the members of Group 1 in the class action lawsuit against Mazda Canada inc. for the owners of Mazda 3, model years 2004 to 2007:

“All physical persons domiciled or residing in Quebec, being or having been lessees, finance lessees or owners of a make and model Mazda 3 vehicle, model years 2004, 2005, 2006 and 2007 who were victims of a theft or an attack which left one or more dents around the driver’s side door handle.”

The protocol provides that the admissible members of Group 1 who complete an individual claim may be compensated for:

The members of Group 1 are invited to complete the Claim Request Form available online to determine that admissibility to compensation and its amount. To complete the Claim Request Form, or for more information on the protocol, please visit the website of the claims administrator designated by the Court (Woods LLP): https://www.classactions.ca/?lang=en

The protocol provides for a period of one year following the publication of the Notices to members to complete an individual claim.