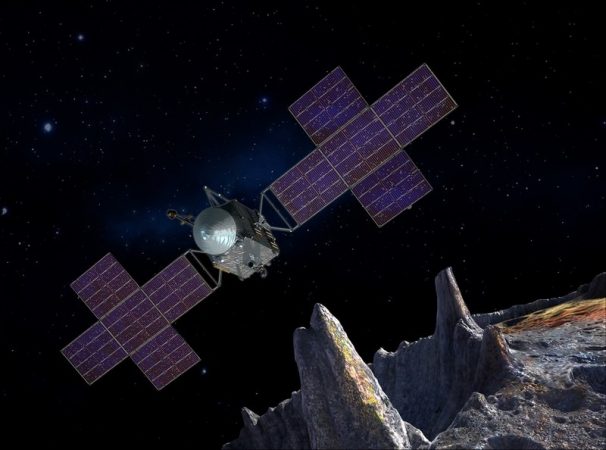 HERNDON, Va.—California-based SSL has been selected to build and test the Psyche Compute Element, a flight system component designed by NASA’s Jet Propulsion Laboratory for Psyche, a NASA Discovery Mission.

SSL is a manufacturer of satellites and spacecraft systems. It is part of Maxar Technologies, which was formerly the Canadian technology company MacDonald, Dettwiler and Associates Ltd. (MDA).

The Psyche mission will investigate a metal asteroid that is expected to offer insight into how our planet formed.

As the main on-board computer, the Psyche Compute Element acts as the brain of the spacecraft, functioning as the coordinating center for command and data handling activity.

In addition to the Psyche Compute Element, SSL is providing a solar electric propulsion spacecraft chassis for the project.

“SSL is proud to be playing a major role in NASA’s Psyche mission, which will deepen humanity’s knowledge of our solar system and accelerate innovation for future exploration missions,” said Richard White, president of SSL Government Systems.

Scheduled to launch in 2022, the Psyche mission was selected over four other NASA Discovery Mission candidates. The spacecraft recently completed a NASA mission systems review and is on track to meet its next development milestone, called the Preliminary Design Review.