Marathon, based in Findlay, Ohio, is the U.S.'s second-largest oil refiner. By purchasing San Antonio, Texas-based refiner Andeavor, the company will gain an extensive reach across the U.S. at a time when gas prices are skyrocketing 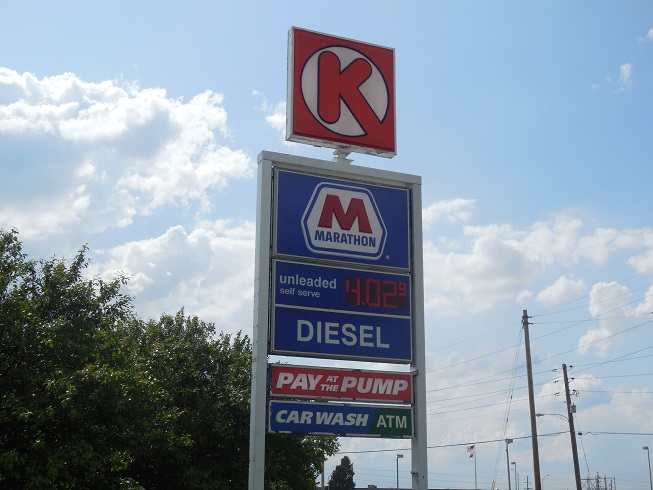 SAN ANTONIO—With drivers beginning to take note of rising prices at the pump, Marathon Petroleum is buying the refiner and pipeline owner Andeavor for more than US$23 billion, creating a refiner with an extensive reach across the U.S.

Crude oil prices are hovering at the levels not seen in three years and are expected to climb further still, pushing up gasoline prices along the way. Gasoline prices are up 15 per cent compared with last year at this time and the daily U.S. average price for a gallon is now $2.81, but it’s higher in many places.

Marathon is the nation’s second-largest refiner, with a crude oil refining capacity of approximately 1.9 million barrels per calendar day. Marathon brand gasoline is sold through approximately 5,600 independently owned retail outlets across 20 states and the District of Columbia.

Marathon, based in Findlay, Ohio, has operations concentrated in the East while Andeavor, formerly known as Tesoro, has operations in the West. That could give the companies some leeway when the deal goes before regulators that will review how the combined company will hurt or help consumers.

Crude is the feedstock for refiners and the companies will point out what is happening to prices globally. That is already spreading pain around for anyone who drives. Nationwide 13 per cent of all gas stations are charging $3 per gallon or more for a gallon of gas, AAA said last week.

But refiners right now are riding an updraft in what is a notoriously volatile business. Marathon’s sales jumped every quarter last year and it’s the same story for Andeavor.

Shares of Marathon are up 60 per cent over the past year and Andeavor is not far behind. Both hit all-time highs last week. Andeavor spiked even higher before the opening bell Monday, up another 16 per cent.

Shareholders of Andeavor, based in San Antonio, can choose to receive 1.87 shares of Marathon stock, or $152.27 in cash.

The deal is targeted to close in the second half of the year. Once it closes, Andeavor Chairman and CEO Greg Goff will become an executive vice chairman at Marathon. He’ll also join Marathon’s board, along with three other Andeavor directors.