Thriving in Canada’s sometimes challenging manufacturing industry takes no shortage of tenacity. But MAPEI Inc.—through product innovation, automation and a focus on sustainability—has created a solid roadmap for others to follow.

With Canadian headquarters in Laval, Que., MAPEI continues to expand in the commercial and residential construction markets through its line of floor-covering products that includes grouts, adhesives, mortars and decorative concrete.

In the industrial sector, the company has begun introducing its concrete restoration products, admixtures and structural strengtheners for transportation infrastructure. While many manufacturers were pulling back on Canadian production several years ago, MAPEI was in expansion mode.

“We just made two large investments in Canada,” says Mark Sheffer, director of operations (Americas) with MAPEI. “We more than doubled our size in Vancouver a couple of years ago. We’ve made a big expansion investment there and a big investment in Toronto with a very highly automated powder plant.” 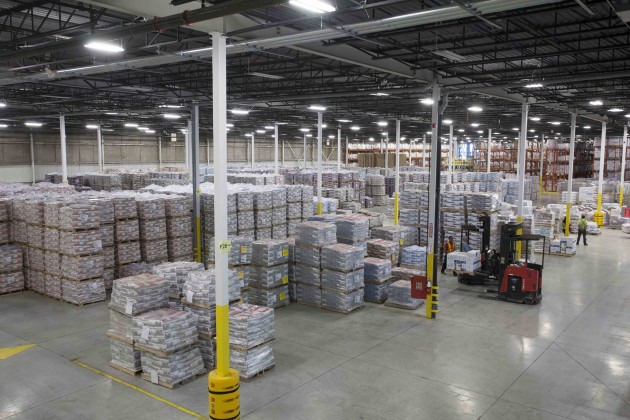 The powder plant, located just north of Toronto in Brampton, is a 120,000-square-foot manufacturing facility with state-of-the-art equipment and machinery. It employs 78 people and runs two to three shifts, depending on demand. With a capacity of 600 million pounds per year, the plant brings in aggregates and manufactures them with powder products for use in the building and construction markets.

Cutting-edge technology
Those factors are important to manufacturers in Canada, where energy and other costs—compared to other countries—can make businesses less competitive than other locales in North America. But Canada, particularly the greater Toronto area, offers advantages to balance the scales, Sheffer says.

“Geographically [Brampton is] a great location. It has good rail service out of Toronto to the west and good service toward the east by highway, so we’re able to distribute very well out of there,” he explains.

“Our products are basically very heavy… Transportation is one of our largest costs. Canada is such a hub of transportation that even if you have some diseconomies in other inputs, costs from a transportation standpoint…are very competitive.”

The Brampton plant ships east and west across Canada, and also to the northeastern United States, Sheffer says. Equipment for the facility was sourced locally and in Europe, and MAPEI also tapped into its global engineering team at its headquarters in Milan, Italy, to transfer cutting-edge automation best practices. “The manufacturing process is totally computer-controlled from beginning to end,” Sheffer says.

“Automation significantly reduces the potential for error and allows us to be highly repetitive and consistent with quality. It also allows our people to be more productive. It’s all about efficiency… They’re able to work on more intuitive, higher-level activities. Our chemical plant operators are very highly skilled in troubleshooting and improving the operations process.”

Research and development
MAPEI was founded in Milan as a small family business in 1937, with just three employees producing paints and protective coatings. It’s since grown to a global firm with 68 facilities in the United States, Canada, Mexico, Europe and other locations around the world.

Laval is home to the company’s Canadian head office, and is also the site of sister subsidiary Vinavil’s liquid adhesives manufacturing plant. The Laval facility also houses one of the company’s research centres of excellence. In fact, MAPEI reinvests five percent of its annual sales revenue into new product innovation.

“We don’t necessarily make the cheapest products. We make the best products, and we won’t compromise at all on the technology to do that,” Sheffer says. “We need the best scientists and engineers to develop and produce those products, so that’s why R&D is so important to us.”

The Laval centre of excellence is leading the charge in concrete restoration products—a huge area of growth for MAPEI. Products to strengthen old buildings, bridges and roads aren’t new, but MAPEI is constantly researching and testing new formulations that provide structural strength and durability.

“Contractors want very sophisticated products that make the job run faster and smoother and [involve] fewer callbacks and problems… So if you put a little more into the development and engineering of these products, you end up with a bigger portion of that market,” says Sheffer. “We’ve seen a big portion of our business grow due to innovation.”

In North America the concrete restoration segment of MAPEI’s business is “just coming of age.” Considering the state of the built environment in many Canadian and U.S. cities, MAPEI predicts burgeoning demand, according to MAPEI Americas president and CEO Luigi Di Geso.

“We have products that are geared to structural strengthening for bridges, overpasses, parking decks… to extend their life,” Sheffer says. “We have highly engineered products that you can use to rebuild the facade or the outside of buildings…They’re very R&D-intensive because you’re marrying new products to old products and you want them to look the same.”

Sustainable products
Being attuned to new and growing markets is a major competitive strategy for MAPEI. Another differentiating factor is the company’s commitment to sustainability. Most of MAPEI’s plants in the Americas are certified to the ISO 14001 environmental management system with the remainder working toward the goal.

“Our facility in Delta (BC) is actually a LEED certified plant and they’re fairly rare,” says Sheffer, referring to the dearth of manufacturing plants certified to the standard. “We invested the extra effort in developing that site. It’s built with sustainable operations. We catch the rainwater and use it as non-potable water. We have indigenous shrubs and natural lighting. The office walls are all basically glass so we need very little [artificial] lighting.” 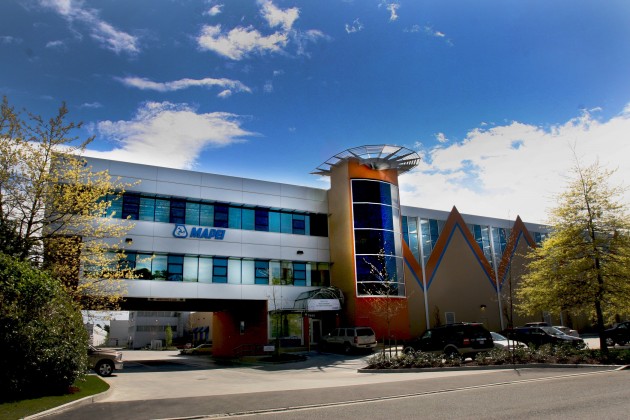 The return on investment to achieve LEED compliance wasn’t stellar, as MAPEI was working with an existing building. Even so, the company’s owners in Italy were enthusiastic to proceed, Sheffer says, as sustainability is a cornerstone of their personal and business philosophy.

“He’s absolutely, totally committed to the environment,” says Sheffer, referring to second-generation owner Dr. Giorgio Squinzi. “We develop our products to a variety of sustainable standards, including the reduction and/or removal of volatile organic compounds (VOCs) wherever possible; and we have already begun the process of providing Health Product Declarations (HPDs) and Environmental Product Declarations (EPDs) for a number of our products.”

MAPEI is now moving beyond the footprint of the products themselves to look at life-cycle assessments. “What happens 50 years from now when they tear the building down? What happens to the product?” Sheffer asks.

The market for sustainable building products is still somewhat nascent in Canada, but MAPEI is noticing strengthening demand among contractors, construction companies and architects for manufactured products designed without heavy metals and harmful chemicals.

“We track metrics internally that are very important to us, looking at our carbon footprint,” says Sheffer. “And part of those metrics are geared around new product introductions, things that will help our customer be more sustainable. What we’ve found is a lot of our customers are asking for more of that.”

Making life easier for customers is another way that MAPEI competes. Case in point is the proprietary packaging it engineered to create a cleaner, more resilient, recyclable plastic bag for its powder products.

Most of MAPEI’s competitors use a multi-wall paper bag, with micro-perforations to allow faster de-gassing of air during the filling process, Sheffer says. But the perforations can impact the bag’s ability to withstand the elements and to prevent leakage.

“We’re the only ones in the industry that have a 100-percent sealed plastic bag. It’s weatherproof and 100-percent recyclable,” he explains. “We pioneered the technology… It has a lot of advantages, like the ability to be stored outside in the weather. And in the do-it-yourself stores, they like that it keeps a cleaner store. It was somewhat of a differentiator for us; it has helped us a lot over the past eight/nine years as we developed this.”

From a small startup with a handful of people, MAPEI has grown to the largest company in its market, with 68 plants in 31 countries around the world. MAPEI globalization began with its Canadian operations, established in the 1970s.

MAPEI continues to invest in its plants and distribution facilities across the country—combining automation, sustainability and production innovation in a decades-old winning formula.

This article is part of the Industrial Edge Showcase, featuring strategies, news and technology updates from Canadian manufacturing leaders.