How Lincoln Electric kept its production in Canada 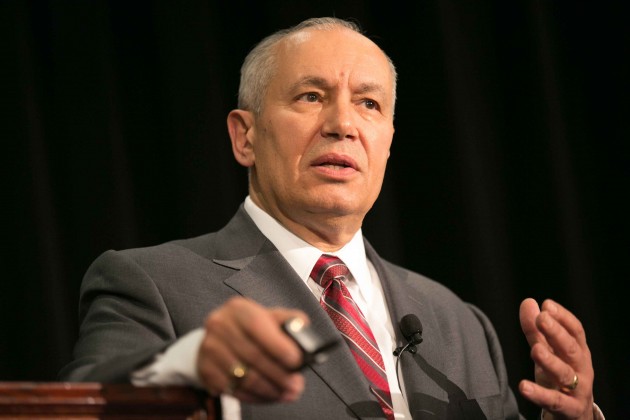 When Joseph Doria took over Lincoln Electric Co. of Canada as president and CEO in 1992, his board told him to close the Canadian manufacturing plant and turn it into a warehouse.

Financial statements clearly showed it was too expensive to make the company’s welding equipment and consumables in Canada, and the work could be done at existing plants in the US. Doria had a decision to make. He could comply and close the plant—which had been operating since 1939—or make a case to keep the business in Canada.

“We convinced them that by becoming lean and productive we could turn this thing around,” said Doria, speaking at the Manufacturing Canada conference in Toronto on May 8.

“This is one thing Canadians must fight…to not turn this country into a country of warehouses, where the only thing we do is inventory product made in other parts of the world.”

The decision paid off. Lincoln Electric Canada’s sales were just over $200 million last year, compared to $20 million in 1992. More than 90 per cent of its weld wire products—made by its Mississauga, Ont.-based InDalco division—are exported.

So how does the company do it? According to Doria, it’s not easy. Labour costs aren’t cheap in Canada, at least compared to offshore locations.

“We’re not the lowest and we’re not the highest,” he said. “So what can we as manufacturers do to drive the cost of our labour down and allow us to improve productivity?…I think automation is key.”

On that front, Lincoln doesn’t shy away from technology. It invested more than $6 million last year at its InDalco aluminum operations, mainly on machinery and automation to boost productivity.

Lincoln was the first Canadian company in its industry to be certified to ISO 9001; and one of the first to achieve ISO 14001. Last year it was one of only a handful of companies certified to the ISO 50001 standard.

When asked why the company would go through the work and investment, Doria says it’s all about saving money.

Yet the company is slow to cut where it matters most—employees. While other manufacturers were shedding labour in the recession of 2009, Lincoln Electric’s workforce remained flat.

“During that time the company focused on R&D and bringing out new products and new consumables for industry, and making the process more advanced,” Doria said. “It was important to maintain that skilled [labour force] that had developed over many years.”

Employees are rewarded for corporate performance with bonuses—17 cents of every dollar of operating profit flows back to staff. The perk helps retain skilled employees, and it also motivates them to suggest ways to protect the bottom line.

Despite adversity, Lincoln Electric has found a formula that works—combining technology and investment with a commitment to cut waste and maintain its workforce. Above all, its success hinges on the company’s faith in the capabilities of Canadian manufacturing.

“It’s the only part of our economy that takes a raw material, adds human labour into it, and then creates something that is valuable and useful to increase our standard of living,” Doria said, adding all manufacturers have a role to play in fostering the sector.

“Do everything possible to protect this manufacturing base of ours because it has diminished in the last number of years. Look at productivity. Look at ways and means to drive costs down.”