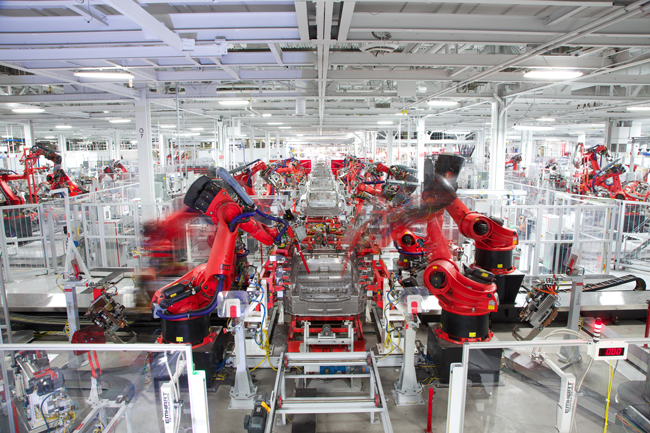 The electric car maker is looking to ramp up production of its new Model 3 to 5,000 cars per week by the end of the year and 10,000 per week by next year. PHOTO: Tesla

PALO ALTO, Calif.—Tesla is raising $1.5 billion as it ramps up production of the Model 3 sedan, its first mass market electric car.

The company said Aug. 7 that it planned to offer senior notes due in 2025 and would use the offering’s proceeds to further strengthen its balance sheet during rapid scaling of the Model 3.

Tesla delivered the first 30 Model 3s to employees at the end of July. At the time, CEO Elon Musk worried some investors when he warned that Tesla was about to embark on “at least six months of manufacturing hell” as it attempts to get Model 3 production to 5,000 cars per week by December.

Related: Telsa Model 3 arrives—with a few surprisesBut last week, Musk clarified his comments, and said Tesla should be able to overcome any supplier issues and other potential obstacles. Musk said investors should have “zero concern” about whether Tesla will be able to meet its goal of making 10,000 Model 3s per week by next year.

But that will cost money, and Tesla is burning through cash at a rapid rate. The company spent $1.2 billion in the second quarter preparing for the Model 3’s arrival.

Tesla had $3 billion in cash on hand at the end of the second quarter, but said it expects to spend $2 billion in the second half of this year.

When Musk was asked last week if he would like to raise more cash as a buffer, he said the company was considering a debt offering but not an offering of stocks.

The Model 3’s $35,000 starting price—half the cost of Tesla’s previous models—and range of up to 310 miles (498 km) could bring hundreds of thousands of customers into the automaker’s fold, taking it from a niche luxury brand to the mainstream.


Related Stories
Tesla posts $330M loss as it burns cash to prepare for Model 3 launch
Tesla to sell $1.4B in shares to finance Model 3 production ramp up
Tesla looks to raise $1.15B ahead of Model 3 ramp up
Tesla offers first look at new Model 3 as inaugural vehicle rolls off the line