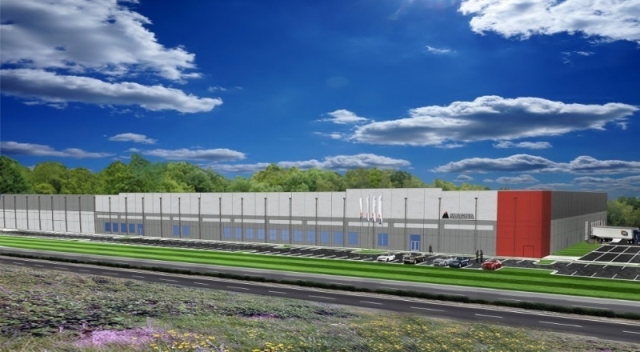 A rendering of the Spartanburg County, South Carolina plant, which is expected to open next year. PHOTO: Magna

The Canadian auto parts firm did not disclose the value of the agreements, but said they include multiple programs and have prompted the company to open a new manufacturing plant in South Carolina to fulfill the orders.

“This is a new chapter in the ongoing collaboration between Magna and the BMW Group, as it’s our first seating business award with this valued global customer,” Mike Bisson, president of the company’s Seating division, said. “With this investment and job creation we are extremely pleased to join the growing automotive industry in South Carolina.”

Magna said it has already begun work on the 230,000 sq. ft. facility in Spartanburg County, S.C.—not far from BMW’s assembly plant in nearby Greer. The Canadian firm expects to employ up to 480 people at the site by 2020.

The new seating plant will become the company’s fourth manufacturing plant in the East Coast state.