Chief executive Don Walker said any border adjustment tax imposed by the U.S. would have a "material adverse effect" on operations and profitability 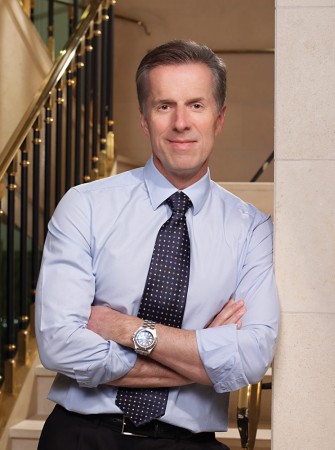 Magna’s CEO Don Walker’s comments show that the auto sector is worried protectionism may not be in the industry’s best interest. PHOTO: Magna International

AURORA, Ont.—Canadian auto parts giant Magna International Inc. cited the rise of protectionist trade measures in the Trump era as a key risk to the auto industry as it reported its latest quarterly results.

Chief executive Don Walker said Friday any border adjustment tax imposed by the United States would be negative for the industry, but noted it’s still too early to tell what’s going to happen.

“The industry as a whole is trying to get all the facts to the right people so at least they understand what the impact might be,” he said during a conference call with financial analysts.

“I think it will be quite a while before we really understand what the changes might be, what the impact would be, and nothing happens overnight. But we are very closely watching and having involvement in any discussions.”

Magna, based in Aurora, Ont., has operations in 29 countries including the U.S. and Mexico.

In identifying some of its more significant risks in its quarterly financial report, the global supplier said the auto industry is dependent on open borders, particularly in Europe and North America.

“The continued growth of protectionist sentiments and implementation of measures which impede the free movement of goods, services, people and capital could have a material adverse effect on our operations, profitability or results of operations,” the company said.

U.S. President Donald Trump has said he wants changes to the North American Free Trade Agreement, complained about automakers shifting production to Mexico, and raised the possibility of tariffs.

He has also pulled the country from participation in the Trans-Pacific Partnership.

The moves in the U.S. come amid rumblings in Europe where Marine Le Pen and her National Front are campaigning on promises to get France out the euro and the European Union.