Magna gets green light from competition watchdog on $2.5B Getrag deal 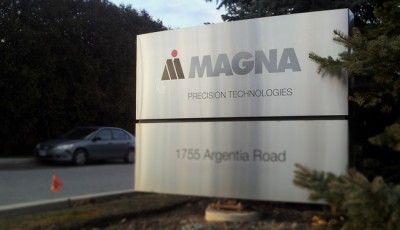 Magna said earlier this year it expects to close the deal by the end of 2015.

Focussing on the expansion of its powertrain business, Magna struck a deal to buy the 80-year-old company in July of this year.

“Getrag is an excellent fit with [our] strategy,” Magna CEO, Don Walker, said previously. “Getrag is a technology leader in a product area that we believe is well-positioned to benefit from industry trends that are driving increased vehicle fuel-efficiency and reduced emissions.”

Though the EU Commission found some of the companies’ activities overlap, these conflicts were limited.

“The Commission’s investigation found that the overlaps were limited and that a number of strong players would remain in the market after the merger,” the report said. “Furthermore, OEM customers have the possibility to retain in-house manufacturing capabilities for at least one sub-system of eDrive systems, in order to maintain their bargaining power vis-à-vis suppliers.”

Concluding that the deal would not raise any competition concerns, the Commission gave Magna’s major buy its seal of approval.

The Aurora, Ont.-based company expects the deal to close by the end of the year.