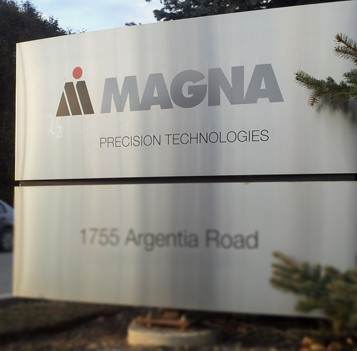 The cost of currency exchange shaved $3.35 billion off Magna’s bottom line in 2015.

AURORA, Ont.—Magna International Inc. says the strong American dollar had a significant negative impact on its revenue last year, which was down seven per cent from 2014.

The impact of foreign currency translations shaved $3.35 billion from the value of Magna’s sales last year and, without that, last year would have been up three per cent from 2014.

In the final quarter of last year, Magna’s sales were $8.6 billion, down three per cent from $8.8 billion a year earlier. That included a $770-million hit from the weaker Canadian dollar and the euro against the U.S. dollar.

Magna also saw a decline in sales for assembling complete vehicles for its customers.

During the year, Magna sold almost all of its interiors operations—classified as discontinued operations—and announced or completed major acquisitions that the company believes will help it reposition for future demand.

“Overall, we are satisfied with the progress we made during 2015,” said chief executive Don Walker in a statement from Aurora, Ont., where Magna has its global headquarters.

In its outlook for 2016, Magna is estimating between $34.6 billion and $36.3 billion of sales this year. That would include between $1.7 billion and $2 billion from assembling complete vehicles for Magna customers.

Despite the currency-induced revenue drop, Magna increased its quarterly dividend by 25 cents per share. A 14 per cent hike, the company has now raised its dividend for six straight years.

Related Stories
Magna revenue up 13% to US$8.3B in Q3, company reports
Magna expects as much as US$36.1B in global sales in 2015
Ontario-based Magna sees $510M in Q2 net income
Magna profit jumps to $458M on higher revenue, dividend going up