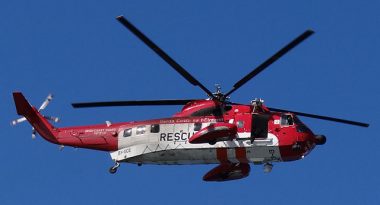 CHC Group is one of the largest helicopter service operations in the world. PHOTO: Bjørn Christian Tørrissen, via Wikimedia Commons

IRVING, Texas—CHC Group Ltd., the parent company of Vancouver-based CHC Helicopter, is the latest company to feel the squeeze from the downtown in oil prices.

It has filed for bankruptcy protection in Texas as part of a restructuring to strengthen its financial position by reducing long-term debt while allowing it to continue operating its fleet of aircraft.

CHC Group says it expects day-to-day operations to continue without interruption throughout the court-supervised restructuring.

The filing comes after the company grounded much of its fleet following a deadly crash of one of its helicopters in Norway on April 20 which killed two pilots and 11 oil workers returning to the Norwegian mainland.

“The step we have taken today provides an orderly path to enhance our financial flexibility and establish a competitive capital and operating structure that will allow us to invest in and grow CHC’s business over the long-term,” said president and CEO Karl Fessenden.

“We remain committed to maintaining our position as a world class helicopter service provider.”