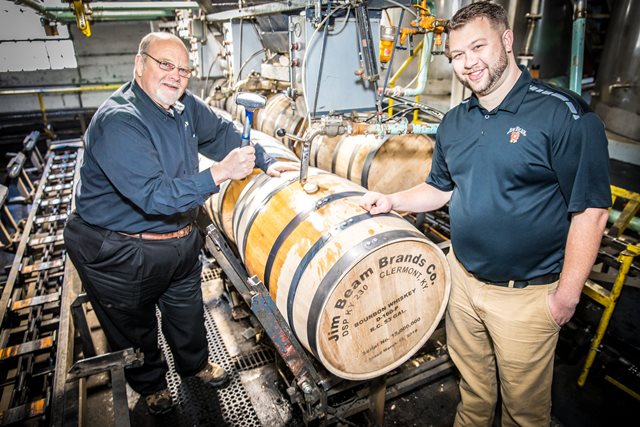 CLERMONT, Ky.—Bourbon barrel No. 15 million has taken its place in a Jim Beam warehouse in Kentucky.

Beam filled its 15 millionth barrel of bourbon since the end of Prohibition March 14. The company says it’s a first for a Kentucky distillery. It was filled and sealed by seventh-generation Master Distiller Fred Noe and his son, Freddie, at Beam’s flagship distillery in Clermont.

Employees at the company’s Clermont, Boston and Frankfort plants signed the barrel, which will be stored in a nine-storey warehouse rebuilt by Jim Beam after Prohibition on the Clermont distillery grounds.

The company says it will be among nearly 2.3 million barrels of bourbon currently aging in Jim Beam’s rackhouses across the state.

The milestone was reached less than two years after the brand’s14 millionth barrel was filled.