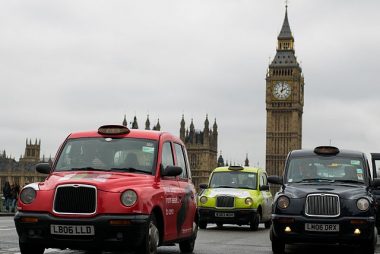 Replacing gas or diesel taxis with electrics is becoming a priority in cities around the world. PHOTO: 0x010C/Wikimedia Commons

This new vehicle plant in Ansty, Coventry, is the U.K.’s first car plant dedicated solely to the production of range-extended electric vehicles.

LTC, a subsidiary of Chinese auto giant Geely, has invested UK£300 million (CA$500 million) in the new site and the next-generation taxi, which will be exported around the world.

The investment and expansion of LTC has created 1,000 new jobs, including 200 engineers and 30 apprenticeships. This site has the capacity to build 20,000 vehicles per year.

Sales will start in London in quarter four of 2017, and then globally in early 2018.

The technology behind the new factory and vehicle has been developed with other members of the Geely Group, including Volvo Cars.