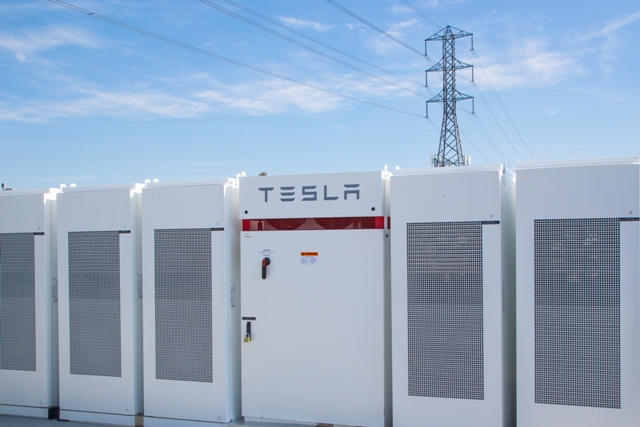 Lithium-ion devices such as Tesla’s Powerpack, have dominated the growing energy storage space recently, but lower costs for competing technologies could change that. PHOTO: Alexis Georgeson/Tesla

BOSTON—Lithium-ion devices continue to lead the energy storage race, but new contenders are beginning to challenge the ubiquitous batteries in large-scale projects, according to a new Lux Research report.

Tim Grejtak, a Lux analyst and the report’s lead author, said lithium-ion beats the levelized cost of storage (LCOS) of other technologies for the majority of system sizes and durations, but its large physical footprint keeps costs high—particularly for bigger projects.

“As a result, there’s an opportunity for emerging flow battery technology, which can change this landscape by driving down costs,” Grejtak said in a statement.

Stationary energy storage has gained increased importance in recent years as renewable developers worldwide look for ways to store energy produced at wind and solar power projects. Aside from traditional methods, such as pumped hydro—which is only used on a very large scale—lithium-ion batteries have dominated the market over the past few years, thanks partly to the booming electric vehicle market that’s helped companies increase production scale and bring down costs.

Flow batteries, which resemble a cross between a convention battery and a fuel cell, use liquid electrolytes to store power. One popular variant is the vanadium redox flow battery, which a number of companies have worked to commercialize. You can read more about vanadium batteries in our backgrounder here.

Despite flow battery progress, however, Lux says lithium’s higher round-trip efficiency—83 per cent versus 65 per cent—continues to give it a cost advantage over vanadium alternatives.

With further advances this is poised to change—but there are few guarantees.

Lux pointed to an under-development Lockheed Martin flow battery that uses metal complex chemistry and is expected to hit the market next year as one project that could tip the scales.