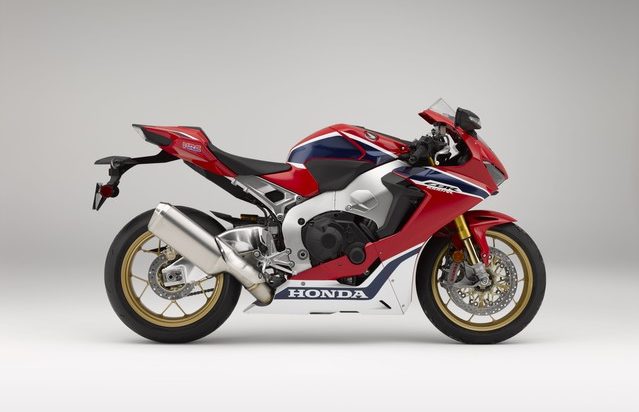 TORRANCE, Calif.—Honda Motor Co. has partially lifted the curtain on the latest version of its performance CBR1000RR motorcycle.

Celebrating the 25th anniversary of its sports bike lineup, the company said the 2017 model is a “major overhaul” that includes a 33-pound weight reduction and a 10-horsepower increase.

“We’re pleased to unveil the 2017 CBR1000RR SP, which follows in that same tradition by providing a superbly balanced package with our best power-to-weight ratio ever,” said Lee Edmunds, who heads Motorcycle Marketing Communications at American Honda, said.

“It works incredibly well on track and, even more importantly, is both exhilarating and uniquely rewarding to ride out on the open road,” he added.

Honda did not release the exact specs of the new bike, but the previous iteration included a 999cc four-cylinder engine and weighed in at 439 pounds. The automaker said at 33 pounds lighter, the new CBR’s power-to-weight ratio is a 14 per cent improvement over the 2013 model.

Among other tweaks is a new electronics package Honda says provides “nimble handling and amazing acceleration.”

The company said it has increased the bike’s power and torque through a higher compression ratio and revised cam timing. Meanwhile, it’s used magnesium for the engine covers and a titanium muffler and fuel tank to reduce weight.

The Japanese automaker first introduced its sports bike lineup overseas in 1992; it hit the North American market shortly after.