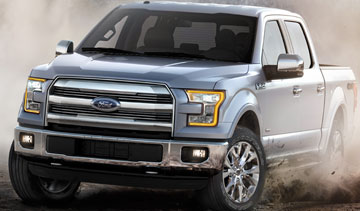 TORONTO—Thousands of Canadians are snapping up new vehicles in droves, despite concerns about the economy and mounting consumer debt.

Data released July 4 by DesRosiers Automotive Consultants shows that Canada is on track for yet another year of record-high sales, and light trucks—a category that includes pickups, SUVs, minivans and crossovers—are driving the trend.

Canadians bought 989,177 new vehicles in the first six months of this year, up six per cent from the same period last year, when they snatched up 933,439 vehicles, according to the market research firm.

Experts say cheap credit and economic strength in Ontario, British Columbia and to some extent Quebec are helping boost sales.

“Interest rates are incredibly low, and as we all know, vehicles are one of the big purchases in people’s lives,” says Charlotte Yates, an automotive industry expert and vice-president academic at the University of Guelph.

The data also highlights the continuing shift away from passenger cars and towards light trucks.

Sales of passenger cars slipped 6.8 per cent to 346,584, according to DesRosiers, but light trucks more than picked up the slack.

Canadians bought 642,593 new light trucks in the first six months of the year, an increase of 14.5 per cent over last year. The bestselling model was the Ford F-Series truck, with 72,233 vehicles sold so far this year.