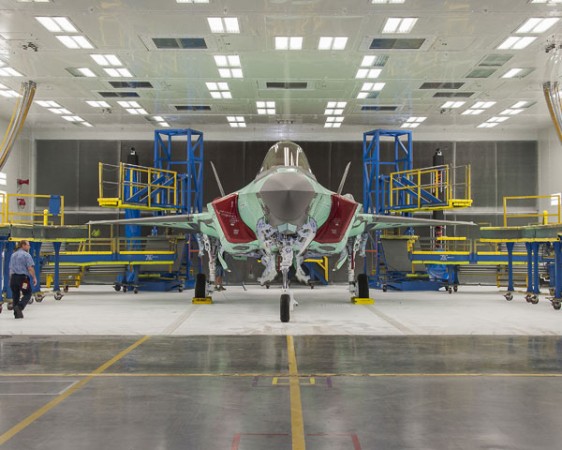 At an event in Halifax, Trudeau vowed to cancel the Tory plan to buy 65 of the stealth fighters to replace Canada’s aging CF-18 fleet, a deal that experts say would cost taxpayers about $44 billion over the four-decade lifespan of the Lockheed Martin jets.

“What the Halifax shipyards need, and what the shipyards on the West Coast need, are guarantees that the money is going to flow,” Trudeau told an appreciative crowd of partisan supporters.

“We are going to build the ships and prevent the kind of delays on hiring and training and investment in infrastructure in order to deliver those ships in a timely way and on budget. That’s what the Liberal party is focused on and that’s what we’re going to deliver.”

The high-tech stealth jets were a frequent talking point during the 2011 campaign. Since then, however, the federal auditor general has pilloried the government for being less than forthright in telling Canadians the true cost of procurement, and for not doing enough homework before opting for the F-35.

The purchase of the jet was then put on hold while officials conducted additional studies and analyses, while the life of the CF-18s was extended to 2025.

Harper said the Royal Canadian Air Force needs the jet and what it’s capable of doing in order to replace the CF-18s that are currently taking part in Canada’s air operations over Iraq and Syria as part of an international coalition helping to fight the militant members of the so-called Islamic State, also known as ISIS or ISIL.

“We, along with our allies, have been using this exact capacity with our current CF-18s in various parts of the world, including right now in the fight against ISIS in Iraq and Syria,” Harper said.

NDP Leader Tom Mulcair called the purchase a “completely failed process” that showed a need for a new bidding process. However, he didn’t rule out eventually purchasing the F-35.

“An NDP government would start the process over, make sure we define what we need for our military, and then we go to the lowest conforming bidder that has the product that meets our needs,” Mulcair said.