The company expects to create 325 new jobs in the Montreal area by the end of 2018, boosting its Canadian manufacturing footprint 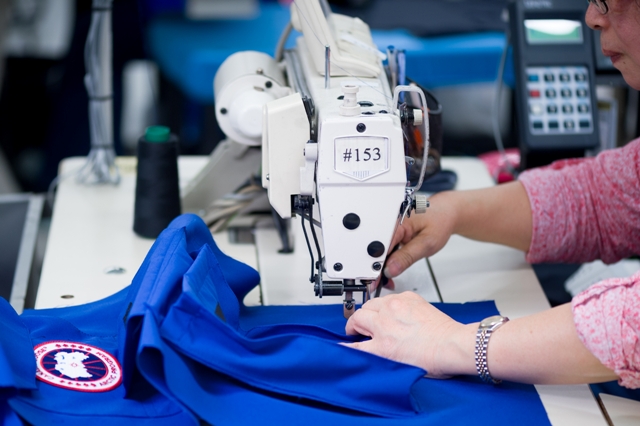 The new Quebec plant is expected to create 325 new jobs by the end of 2018. PHOTO: Canada Goose

TORONTO—Canada Goose Holdings Inc. has opened the doors at two new Canadian facilities and plans to create several hundred jobs in Quebec and Ontario over the next 18 months.

The winter coat and apparel maker said the two new facilities will allow it to keep up with growing international demand while retaining its long-cultivated made-in-Canada image.

The new additions include a 95,000 sq. ft. manufacturing plant in Boisbriand, Que. and a material and cutting distribution centre in Scarborough, Ont.—not far from the company’s headquarters in uptown Toronto.

“Nothing makes me prouder than the investment we have made in helping to bring back apparel manufacturing to Canada and the hundreds of jobs we have created here at home,” Dani Reiss, the company’s president and CEO, said in a statement. “Today, we operate one of the largest manufacturing infrastructures of its kind in Canada and we’re honoured to now be making our products in Québec, which has a strong reputation for its skilled talent pool in the garment manufacturing industry.”

Canada Goose said the new Quebec plant in the Montreal suburbs has already created 125 jobs and begun producing the firm’s down-filled cold-weather wear. The site is expected to add another 325 workers by the end of 2018.