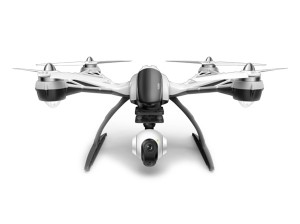 SANTA CLARA, Calif—The drone industry has turned the distinct line between the technology and aerospace industries to a blurred no-man’s land.

This week, one of the world’s largest tech companies has announced it will enter the fray. Renowned chip-maker, Intel Corp., has said it will invest more than US$60 million in Chinese electric aircraft and UAV maker, Yuneec International Co.

Krzanich said the investment will go toward a collaborative project that will be a “game-changer” for the drone industry.

“We’ve got drones on our road-map that are going to truly change the world and revolutionize the drone industry,” he added.

Intel will become the latest in a long list of aerospace and technology companies as seemingly distinct as Boeing and Facebook that have invested in UAV technology.

Founded in 1999, Yuneec is one of the firms at the forefront of electrical aviation. The company produces over 1 million units a year and has offices worldwide. Before entering the “hobby” drone market it was known for one or two-seat electric aircraft.

“At Yuneec, we make the drone very easy to use,” Tian Yu, CEO of Yuneec, said. “Like Intel, we focus on user-experience and the best technology.”