ABB said it launched an investigation with South Korean authorities and Interpol, and that the alleged $100-million scheme could impact its previously reported 2016 results 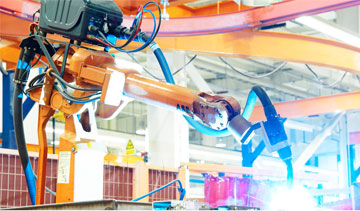 GENEVA—Swiss robotics and engineering company ABB says it has unearthed a “sophisticated criminal scheme” involving alleged embezzlement and misappropriation of funds at its South Korean unit, saying the impact could total US$100 million.

The Zurich-based company says in a statement that the treasurer of the South Korean subsidiary, who went missing on Feb. 7, “is suspected of forging documentation and colluding with third parties to steal from the company.”

ABB said it launched an investigation in co-operation with South Korean authorities and Interpol, the international police body.

An official at Cheonan SeoBuk police station said Oh left South Korea for Hong Kong on Feb. 4 and is currently being sought by Interpol. Interpol did not comment, nor did it have the name “Oh” in the search database on its public red-notice wanted list online.

The police official, who asked not to be identified because he was not authorized to speak to media regarding the investigation, said police are trying to locate the suspect and in the meantime is trying to confirm more details.

ABB filed a complaint on Feb. 8 with the police station in the south of Seoul, accusing Oh of embezzling 35.7 billion won (US$31.2 million) of the company’s funds. He has been the company’s finance executive since Feb. 2015.

The company said the alleged scheme will have an impact on previously reported 2016 results, saying the current estimate is for a pre-tax charge of about $100 million.

ABB said it has confirmed that the “situation” is limited to South Korea.