Rising trade conflicts could mean a loss of around $700 billion in output by the end of next year, or 0.8% of world GDP 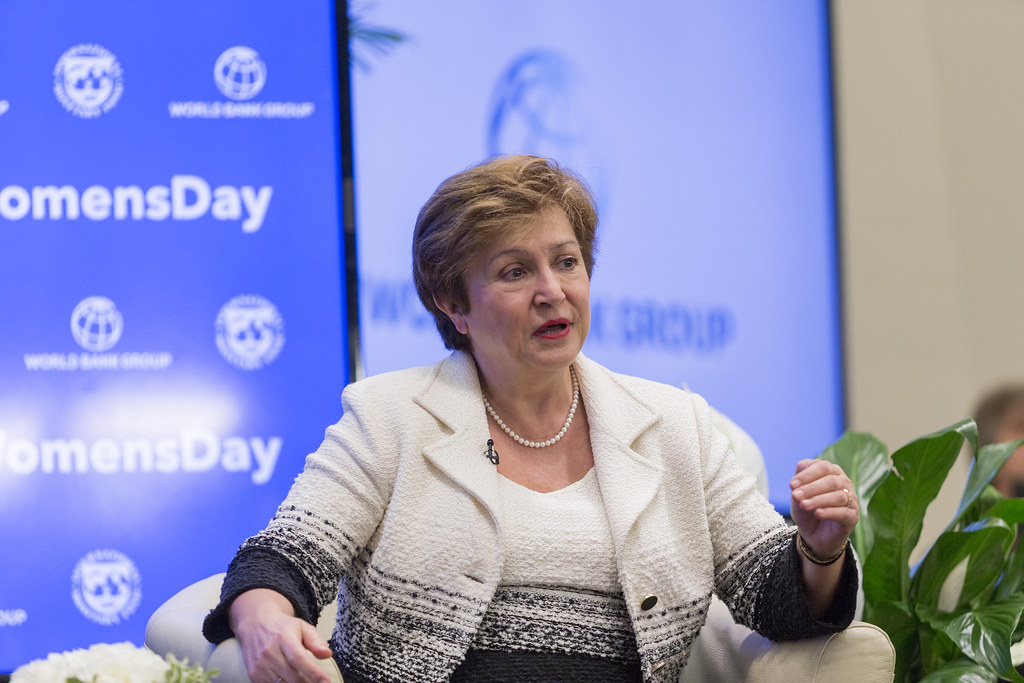 WASHINGTON – The new head of the 189-nation International Monetary Fund warned Tuesday that the world economy is in the grips of a “synchronized global slowdown” that will result in slower growth for 90% of the world this year.

IMF Managing Director Kristalina Georgieva said that an updated IMF forecast to be released next week will show growth falling to its lowest point since the beginning of this decade.

She blamed much of the slowdown on rising trade conflicts which she said could mean a loss of around $700 billion in output by the end of next year – 0.8% of world GDP.

“Everyone loses in a trade war,” she says in remarks urging all nations to pull back from the escalating trade wars such as the fight between the United States and China, the world’s two biggest economies.

Georgieva, a Bulgarian economist who had held the No. 2 job at the World Bank, was selected last month to succeed Christine Lagarde, who has been tapped to be the new head of the European Central Bank, overseeing monetary policy for the 19 nations that use the euro currency.

The adverse impacts of the trade battles were already being felt, Georgieva said.

“Global trade growth has come to a near standstill,” she said. “In part because of the trade tensions, worldwide manufacturing activity and investment have weakened substantially.”

President Donald Trump has insisted that the U.S. economy has not been affected by the higher tariffs he has imposed on China and other nations, which have triggered retaliatory tariffs on U.S. goods.

He has blamed any U.S. slowdown on mistakes made by the U.S. Federal Reserve in raising interest rates too high last year and being too slow to cut rates this year.

Trade battles are not only harming the global economy, Georgieva said, but they could have a long-lasting impact.

“Even if growth picks up in 2020, the current rifts could lead to changes that last a generation – broken supply chains, siloed trade sectors, a ‘digital Berlin Wall’ that forces countries to choose between technology systems,” she said.

The lasting solution to the trade conflicts will require co-operation from all countries, Georgieva said.

Countries need to address legitimate concerns such as unfair trade subsidies and inadequate protection of intellectual property rights and technology tranfers, she said. Those issues are central to the U.S. demands in its negotiations with China.

“The key is to improve the system, not abandon it,” she said.

Georgieva’s first speech as head of the IMF was billed as a preview for next week’s annual meetings in Washington of the IMF and its sister lending organization, the World Bank.

Those discussions are expected to be dominated by the global growth slowdown, the trade conflicts and concerns over what the impact of a messy exit by Britain from the European Union could do to European growth prospects.