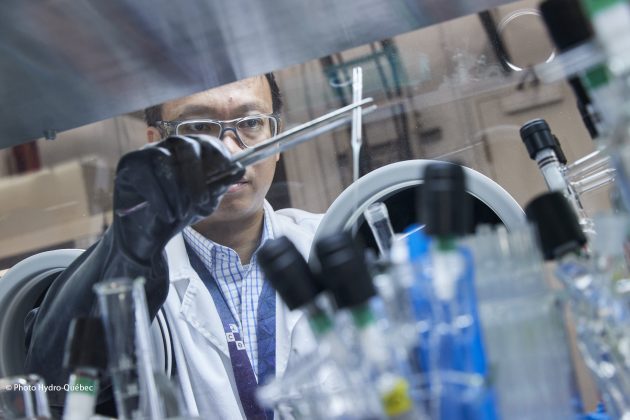 Van Hung Mai, one of the researchers responsible for the project, in his Hydrogen Storage for Transportation laboratory, at the Hydro-Quebec Center of Excellence in Transportation Electrification and Energy Storage. (CNW Group/Hydro-Québec)

“Hydrogen is considered an important key to allow the decarbonization of several sectors of the economy which cannot easily be electrified,” said Jean Matte, Senior Director of Hydro-Québec’s research center (CRHQ), in a prepared statement. “However, several challenges need to be overcome in order to bring it to mass market, with a major one being its storage. We are thus very excited to work with The University of South Wales to tackle one of these major challenges.”

The two organizations have signed commercial agreements to transfer the patented hydrogen storage technology arising from USW research to Hydro-Québec, to enable its commercialisation as part of ongoing efforts to decarbonise industry and provide alternative, cleaner sources of energy. This technology allows for the hydrogen to be absorbed into the material at higher concentrations and densities thus increasing its capacity for hydrogen storage.

Hydro-Québec will work with the patents developed by USW over the next two years to bring them to the commercialization stage.