Huawei says HarmonyOS will be open source to allow outside developers to contribute to its development; the firm is trying to reduce its reliance on American vendors 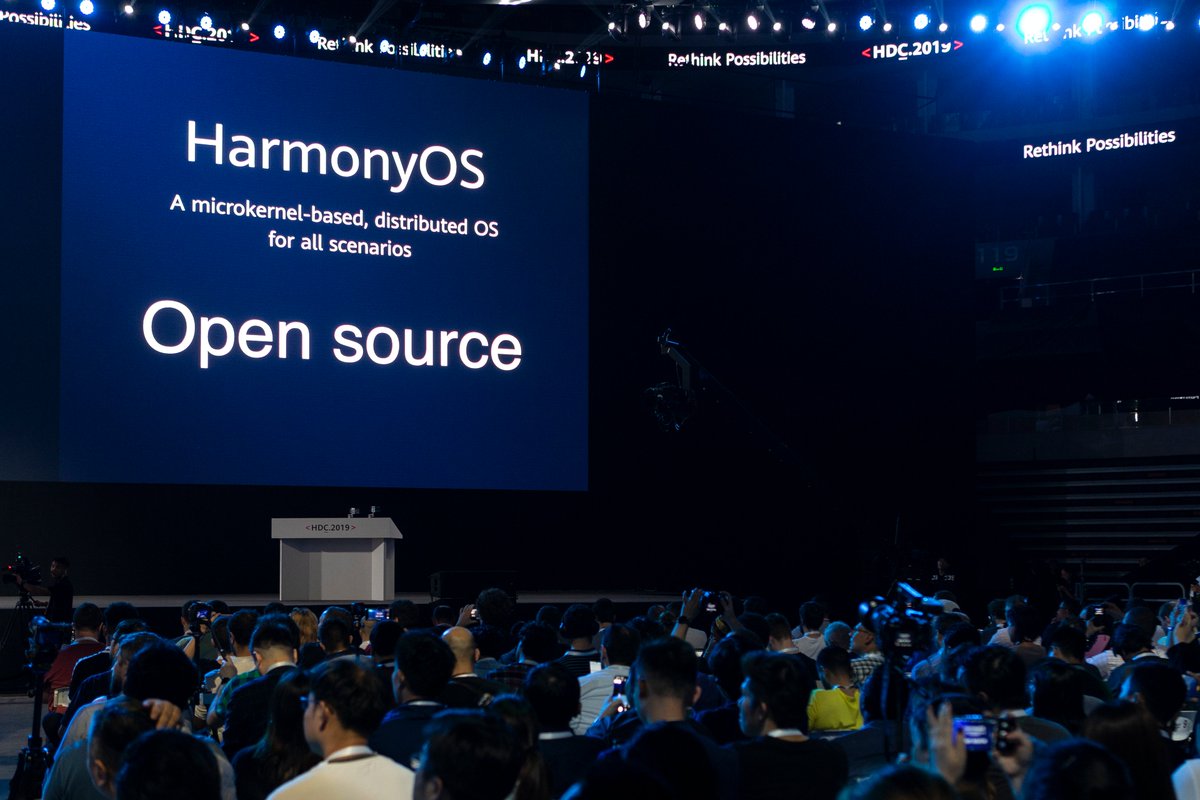 BEIJING – Huawei on Friday unveiled a smartphone operating system that it said can replace Google’s Android, adding to the Chinese tech giant’s efforts to insulate itself against U.S. sanctions.

The announcement of HarmonyOS highlights the growing ability of Huawei, the No. 2 global smartphone brand and biggest maker of network gear for phone carriers, to create technology and reduce its reliance on American vendors.

U.S. curbs imposed in May threatened Huawei’s smartphone sales by limiting access to Android and blocking Google, a unit of Alphabet Inc., from supporting music and other services based on the system.

Huawei Technologies Ltd. wants to keep using Android, Richard Yu, CEO of its consumer device unit, said at a conference for software developers in the southern city of Dongguan.

“However, if we cannot use it in the future we can immediately switch to HarmonyOS,” Yu said. He said that could be done in as little as two days if needed.

Huawei, China’s first global tech brand, is at the centre of a battle between Washington and Beijing over the ruling Communist Party’s ambitions to develop companies that can compete in robotics and other fields.

The Trump administration says Beijing’s efforts are based on stealing or pressuring companies to hand over technology. Washington and other trading partners say the Chinese campaign violates its free-trade obligations.

Washington has labeled Huawei a security threat, an accusation the company denies. Some officials also see the rise of Huawei and other Chinese tech competitors as a potential threat to U.S. industrial leadership.

Huawei spends about US$12 billion a year on U.S. semiconductor chips and other components. The company said the U.S. export curbs might cut its projected sales by $30 billion over two years.

Since then, authorities have said vendors will be allowed to supply technology that is available from other sources. That came after American technology suppliers warned they would be hurt by the loss of one of their biggest customers.

Huawei also has developed its own chipsets for low-end smartphones and servers, though it still needs U.S. vendors for its most advanced products.

Huawei, headquartered in the southern city of Shenzhen, near Hong Kong, reported earlier its smartphone shipments rose 24% in the first half of 2019 over a year ago to 118 million.

“We could have done better, but due to the challenges we face in the international market, our shipments dropped a bit,” Yu said.

Huawei reported that sales in the six months through June rose 23.2% over a year earlier to 401.3 billion yuan ($58.3 billion). That was up from 2018 growth of 19.5%, but Chairman Liang Hua warned Huawei will “face difficulties” in the second half.

Liang said then that Huawei was reviewing its product lineup to make sure it could fill orders without U.S. components if necessary.

On Friday, Yu said HarmonyOS is designed to operate on PCs and tablet computers as well as smartphones, allowing users to integrate music and other functions across multiple devices.

HarmonyOS will be open source to allow outside developers to contribute to its development, Yu said.

“We want to build a global operating system, so it will not be used by Huawei alone,” he said.