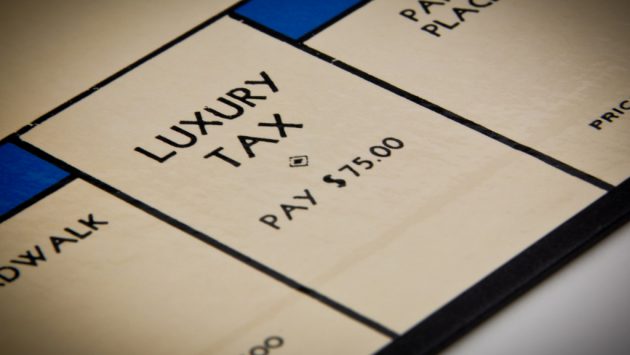 VANCOUVER – Personal tax experts are reminding Canadians to claim all of the tax credits they may be eligible for when they file their income tax return this year including the new climate-related tax credit and other oft-forgotten deductions.

The climate action incentive can be claimed by those who are 18 or older and resided in Saskatchewan, Manitoba, Ontario or New Brunswick as of the end of last year.

The payment is limited to those four provinces because they will be charged a federal carbon tax credit starting this April, which consumers will pay for at the gas pump or through their home heating bill, said Lisa Gittens, a senior tax expert at H&R Block.

“The goal … is to offset the cost of the fuel charge come April 2019 and put money back in the pockets of Canadians,” she said.

The amount varies based on location and household size, and estimates can be found on the Canada Revenue Agency website. A family of three composed of a married or common-law couple and a child that lives in Saskatchewan, for example, could receive $533. That same family unit living in New Brunswick would only receive $224.

There is a 10 per cent supplement for people living in small towns or rural communities in those provinces. Tax filers can check if their residence as of Dec. 31 last year is situated outside a so-called census metropolitan area on the CRA website.

Non-residents cannot apply, as well as those who are excluded for other reasons, including at least 90 days of imprisonment over the year.

While the climate action initiative is the big new item this year, there are other common expenses that people tend to overlook or accidentally misreport, experts say.

Canadians who paid for prescriptions or other medical items that were not fully reimbursed by a health plan can receive a non-refundable tax credit, she said. However, these medical expenses must exceed three per cent of that person’s net income.

That can range from an individual caring for another or someone receiving outside care.

“If people are either providing care or spending money on care, I would suggest they look into whether or not there’s a tax credit available to them,” she said, highlighting the relatively new Canada caregiver credit.

People caring for a spouse, common-law partner or some types of dependants with a physical or mental impairment may be eligible, depending on a number of factors, including the relationship between the two people and cared for individual’s income.

Gittens reminds students and their parents to properly account for the student’s tuition costs, as well as any scholarships or other income.

Students must file a return and declare their tuition costs on it, she said, which can be applied against any taxable income they have. If the student has little or no taxable income, she said, up to $5,000 in credit can be transferred to a designated individual.

People who move at least 40 kilometres closer to a post-secondary institution to study full-time can deduct eligible expenses, like travel and temporary living expenses, from scholarships and other money they received that must be included in their income, according to the CRA website.

Families with up to three children born after 2003 and a household income of no more than $46,605 in 2018 can receive the Canada Learning Bond, which requires no financial contribution from the family. Families with more children face different income thresholds.

The bond amounts to $500 from the government into each child’s RESP in the first year and a further $100 for every subsequent year of eligibility. The total limit per child is $2,000.

Families that start a RESP to receive the bond also tend to start to make personal contributions, even though they’re not required to do so, said Connell.

Personal contributions can qualify for further government money through the Canada Education Savings Grant, with a further bonus for middle and low-income families.

“Use the RESP to motivate your child,” said Connell, explaining its existence creates a college-bound mindset.

“That child is from an early age going to be knowing that there’s an expectation on them to pursue post secondary.”