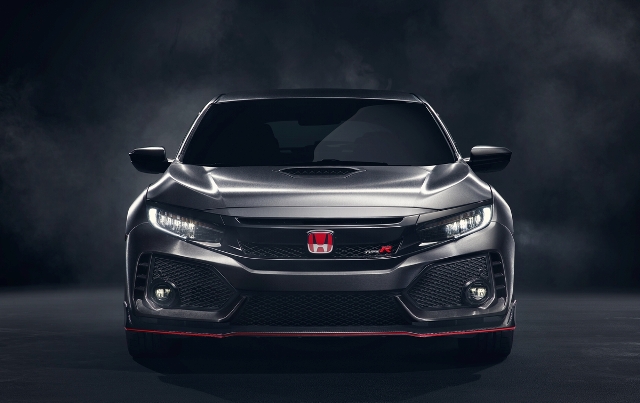 The company will build the Type R at its manufacturing plant in Swindon, U.K. PHOTO: Honda

TORRANCE, Calif.—The pinnacle of Honda Motor Co. performance is poised to make its way to U.S. for the first time.

As it threw back the curtain on its latest concept for the next-generation Civic Type R at the 2016 Mondial de L’Automobile in Paris, the automaker announced the highest-octane version of the popular Civic will soon find its way to North America.

Though the company has released few details about the red-badged performance model, Honda said the Type R will include a track-ready design and be available in the U.S. It’s set to debut in prototype form in Las Vegas this November, but will not go on sale until late 2017.

Based on the new Civic Hatchback, which Honda is re-introducing in the North American market this year, the Type R will have enhanced exterior stylings to boost its aerodynamic performance, among many other features. Engine details and other technical specifications are not yet available, but like past models of the top-of-the-line Type R, the latest iteration is expected to significantly outperform the run-of-the-mill Civic.

Once Honda finalizes the design, the vehicle will go into production at the carmaker’s manufacturing plant in Swindon, U.K., which also produces the Civic Hatchback.