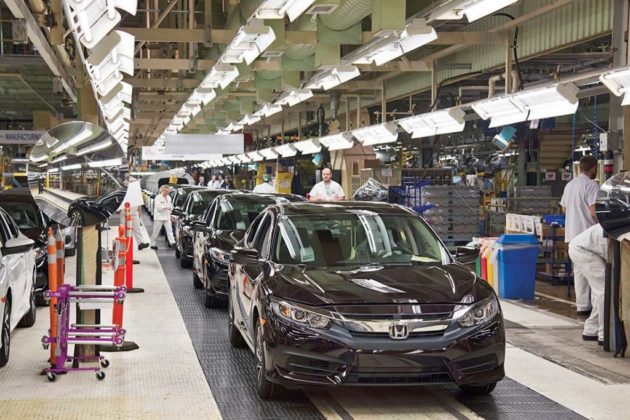 MARKHAM — On Apr. 23, Honda announced key targets for sales of electrified vehicles in North America, with a plan to make battery-electric and fuel cell electric vehicles to represent 100% of its vehicle sales by 2040, progressing from sales of 40% by 2030 and 80% by 2035. Toward these targets, Honda also plans to launch a series of new EV models based on a new e:Architecture, beginning in the second half of this decade.

These plans for North America are in line with Honda’s new global and regional targets, which were announced on Apr. 23 by Honda global president & CEO Toshihiro Mibe, as part of the company’s renewed commitment to advances in safety and environmental technology.

Renewed Honda Commitment to the Environment and Safety

In making the announcement, Mibe said that Honda sees the reduction of the company’s environmental impact and realization of safety advances to protect human lives as the two major challenges facing the company.

Honda is formalizing its goals for achieving carbon neutrality for all products and corporate activities by 2050, as well as zero traffic collision fatalities involving Honda automobiles and motorcycles globally by 2050.

Starting from the second half of the 2020s, Honda will launch a series of new EV models which adopt e:Architecture, a completely new EV platform led by Honda. These EV models will first be introduced to the North American market, and then to other regions of the world.

In order to ensure the advanced competitiveness of future Honda EVs, Honda also announced the goal to make all-solid-state batteries available for new Honda EV models to be introduced in the second half of the 2020s.

Honda continues to view fuel cell technology as another pillar supporting the challenge toward carbon neutrality, with the expectation that hydrogen will become more widely accepted as a renewable energy source.

Honda has entered into long-term virtual power purchase agreements (VPPAs) for renewable wind and solar power that cover more than 60% of the electricity that Honda uses in North America. Honda’s combined agreements for the output of 320 MW of renewable generation capacity result in the purchase of 1.012 million MWhof electricity per year, offsetting more than 800,000 metric tons of CO2e emissions annually. These VPPAs enable Honda to fully offset the remaining carbon intensive grid-supplied electricity being used in its Ohio, Indiana, and Alabama automobile manufacturing operations.