The investment, which includes about $85 million from the province of Ontario, marks the first time a Honda plant outside Japan has been designated as a "global lead plant" 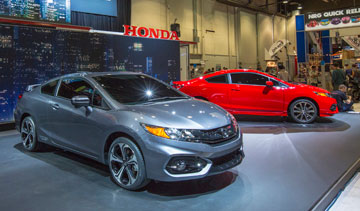 The government of Ontario is contributing 10 per cent of the total investment.

The announcement comes as the company prepares for the plant’s “unprecedented role” as the global lead plant for the next generation of the Honda Civic, the best-selling passenger car in Canada for the past 16 years.

As the lead global plant, the Alliston site will be the first plant in the world to manufacture the next generation Civic. It will also develop the manufacturing processes and tooling trials that will that will be used at all Honda plants building the next Civic model.

“We are deeply proud to be the lead plant for the next generation of Honda Civic,” said Jerry Chenkin, president and CEO of Honda Canada. “This marks the first time a Honda plant outside Japan has been designated as a ‘global lead plant’, which reflects the knowledge and experience of our Canadian associates.”

In addition to supporting the global lead plant activities, the investment will enable Honda to invest in more modern technologies and processes at all three of its plants—two auto assembly plants and one engine plant. It will secure thousands of jobs in Alliston and throughout the province in Honda’s deep supplier network.

“Through this investment in Ontario, Honda is tapping into our biggest strength—our highly skilled workforce,” said Premier Kathleen Wynne at an event announcing the deal. “Our government is hard at work to secure more partnerships like this, partnerships that keep good jobs here in Ontario and that build our economy up so that people have more opportunity and security.”

The new investment brings Honda’s total Canadian manufacturing investments to more than $3.9 billion since 1986, when Honda became the first Japanese auto maker to build a manufacturing facility in Canada.

Honda has the capacity to produce 390,000 Civic and CR-V models in Ontario annually for the Canadian and North America markets, as well as for export. Approximately 100,000 Canadian-built Civic and CR-Vs are sold each year in Canada. Honda also produces 240,000 four-cylinder engines in the province each year.