The 10th-generation Accord edged out two strong contenders for the award, which was announced at the North American International Auto Show in Detroit 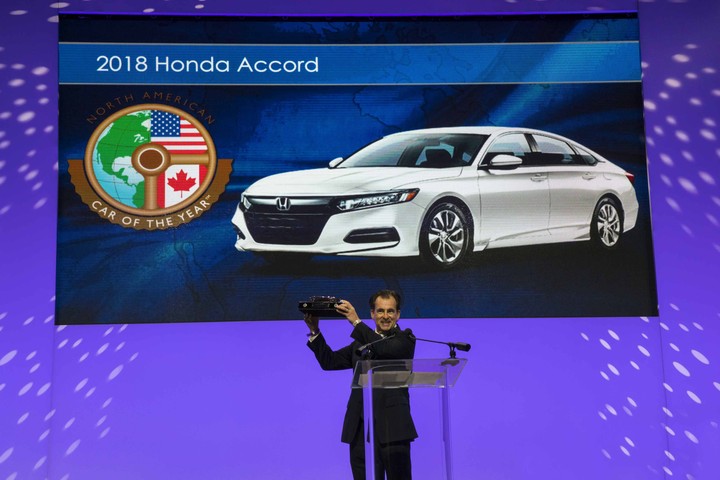 DETROIT—Automotive journalists crowned the Honda Accord the North American Car of the Year on Monday, a first for the longtime model that’s twice flirted for the top honour as a finalist.

The 10th-generation Accord edged out the Kia Stinger and Toyota Camry for the award, which was announced at the North American International Auto Show in Detroit. The award program, now in its 24th year, has twice gone to the Honda Civic.

The Accord, which went on sale last fall, is among many revamped car models hoping to snare buyers as sales fall and SUVs rise. Arcangeli calls the Accord “new from the ground up,” with more coupe-like styling and its first-ever turbocharged engines.

The Volvo XC60 took the top prize in the utility category and the Lincoln Navigator for trucks. Other utility finalists were the Alfa Romeo Stelvio and Honda Odyssey, and Navigator beat the Chevrolet Colorado and Ford Expedition.

Kumar Galhotra, head of the Lincoln brand, said the award should give the Navigator a boost as it tries to gain traction in the competitive full-size truck-based luxury SUV market.

“It is a very competitive segment, and in the past we have had much better share in this segment,” he said. “It was time to create a new Navigator and take that rightful place in the segment for Lincoln.”

The brand sold only 10,523 Navigators last year, far behind competitors in the segment such as the Cadillac Escalade. The General Motors luxury brand sold 14,700 Escalades last year.

Sixty U.S. and Canadian automotive journalists serve as judges for the awards program, which patterned itself after the European Car of the Year. Eligible vehicles, chosen from dozens, must be new or substantially changed.

Organizers accept no advertising, though automakers try to capitalize on the marketing value of the awards.