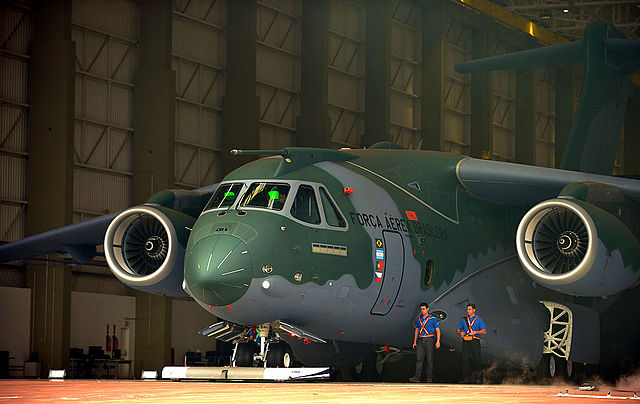 The military transport jet is the largest plane Embraer has built to date. PHOTO: Ministério da Defesa, via Flickr

Expanding on an existing contract, the deal will span the life of the military cargo jet program, which has received 28 firm orders and a number of letters of interest.

Quebec-based Héroux-Devtek did not release the value of the deal, but said it would carry out the work at facilities in the U.K., U.S. and Canada.

The company announced the new agreement as it released its second quarter results for its fiscal 2017.

The aerospace components firm posted sales of $91.6 million, against $94.5 last year, while its adjusted net income fell to $5.7 million versus $6.0 million in the same quarter last year. Including a favourable $3.8 million court settlement, however, the firm’s total quarterly income reached $9.5 million.