LONGUEUIL — Héroux-Devtek Inc. announced that each of the nine nominees listed in the management proxy circular dated June 15, 2022 were elected as directors of the corporation.

The company made the announcement at its annual shareholders meeting.

Based on the proxies received and the votes collected during the annual meeting, the following individuals were elected as directors of the corporation until the next annual shareholders’ meeting or until their successors are elected or appointed. Accordingly, the voting results are set out below: 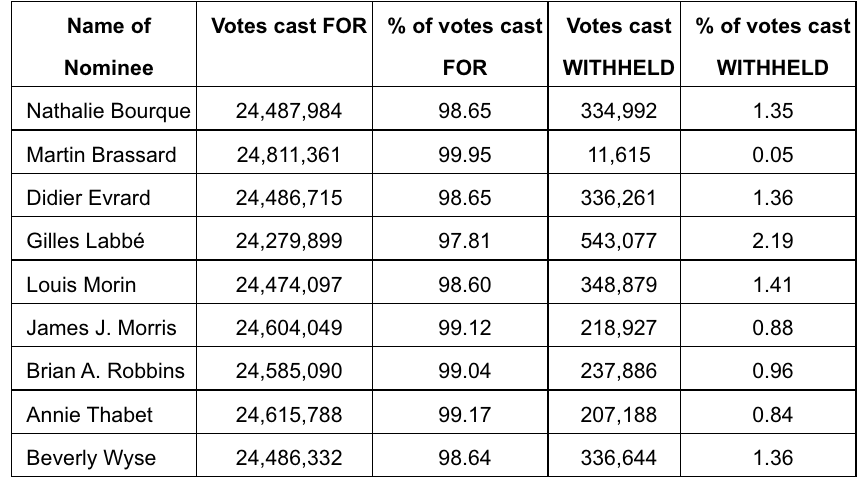 The aerospace manufacturer also appointed Ernst & Young LLP, Chartered Professional Accountants to the company’s independent auditors for the ensuing year. The decision came after the collection of votes and proxies received at the annual meeting. The report on the voting results will be filed with the Canadian securities regulatory authorities at www.sedar.com.