Halo plans to embark on an expansion of the new facility's production, processing, and distribution operations. 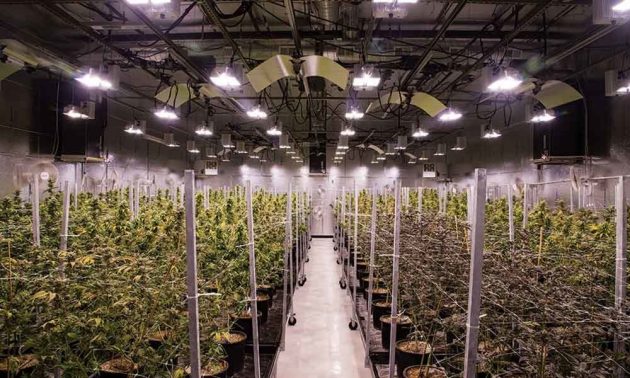 TORONTO — On Aug. 27, Halo Collective Inc. entered into definitive agreements to acquire Food Concepts LLC, the master tenant of an approximately 55,000 square foot indoor cannabis cultivation, processing, and wholesaling facility in Portland, Oregon operated under the Pistil Point name (the FC Acquisiton), and the related licenses issued by the Oregon Liquor Control Commission (OLCC) and other operating assets owned by the entities doing business as Pistil Point. The FC Acquisition is expected to close within the next week upon the filing of articles of merger filed with the Oregon Secretary of State. The Pistil Point Acquisition is subject to approval by the OLCC and is expected to close in early 2022. When fully complete, this transaction is expected to make Halo one of the largest indoor growers in Oregon, adding to the Company’s current 11 acres of owned and contracted outdoor and greenhouse cultivation.

CEO and Founder of Halo Collective, Kiran Sidhu, commented, “Halo was founded in Oregon, and we believe this is the market of the future as the potential Federal legalization comes to fruition with no cultivation taxes, light local taxation, abundant labor, and water and power at lower rates than most other states. We believe the acquisition of Pistil Point will accelerate the trajectory of our market leadership in Oregon as we establish a large campus in Portland. We now have a triple play in Oregon, with indoor, greenhouse, and  outdoor cannabis cultivation, and plan to continue building our capacity to be one of the larger indoor growers in the state.”

Highlights of the Pistil Point Transaction

Over the course of the next year, Halo plans to embark on an expansion of the new facility’s production, processing, and distribution operations. The facility currently generates approximately $300,000 of revenue and $100,000 of free cash flow per month since April, 2021 and the expansion is expected to increase these metrics by up to 250% within a year period.

In addition, Halo plans to establish a new central distribution hub by consolidating its current distribution centers in Medford and Eugene, Oregon, into the new facility in Portland, which is within a 60-mile radius of 70% of the state’s population.