GT supercar will be priciest Ford vehicle ever 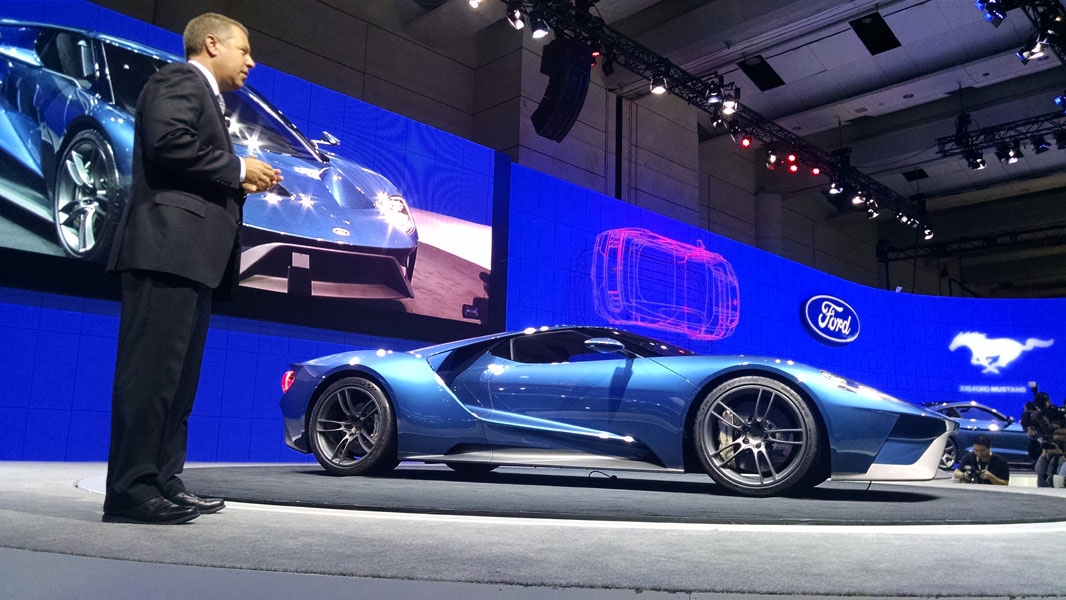 DETROIT—The Ford GT supercar will be Ford Motor Co.’s priciest vehicle ever when it goes on sale next year.

Ford hasn’t announced the price, but says it will be comparable to the Lamborghini Aventador, which costs around $400,000.

Ford revealed the 600-horsepower, carbon fiber GT in January at the Detroit auto show. A spokesman says the company plans to make 250 GTs per year after the car goes on sale in the second half of 2016.

The all-new GT supercar will be built in Markham, Ont., by Multimatic Inc., an automotive components manufacturer that operates nine manufacturing facilities around the world, including three in the Greater Toronto Area (GTA).

The GT will sit atop Ford’s new performance division, which includes the F-150 Raptor pickup and souped-up versions of the Mustang, Focus and Fiesta. The company plans to introduce 12 high-performance vehicles by 2020.