In shift from conventional aquaculture, AquaBounty plans to grow genetically modified salmon in a land-based plant in Rollo Bay, P.E.I. 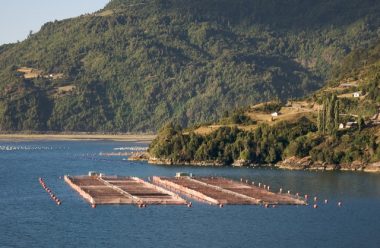 ROLLO BAY, P.E.I.—Environmental groups say public hearings should be held on a proposed factory in P.E.I. that would produce the world’s first genetically modified salmon for human consumption.

Earth Action and the Council of Canadians say AquaBounty Technologies Inc.’s plan to produce the eggs and fish on the Island is different from the proposal approved by the province last year.

The groups say they have written to Premier Wade MacLauchlan to ask for a series of public meetings on the proposal, but it wasn’t clear if the province will agree to such hearings.

Sharon Labchuk of Earth Action says the process is inadequate given the company’s “radical change in plans” for the Rollo Bay facility.

The company also has a production and grow-out centre in Panama.