Turbines will soon power more than 125,000 trucks off the line at GM’s Arlington Assembly 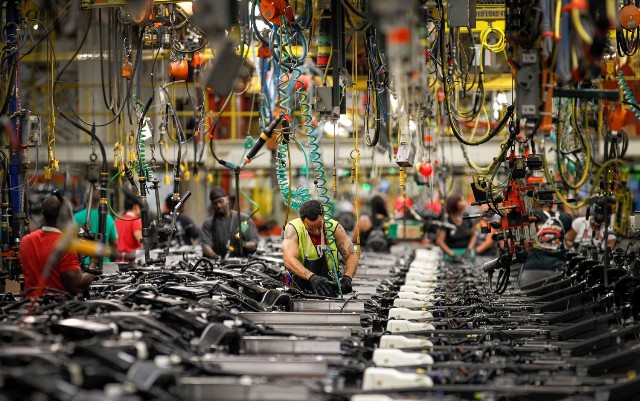 GM will now produce more than half of its vehicles at its Arlington Assembly using wind power. PHOTO: Mike Stone for General Motors

ARLINGTON, Texas—More than 1,200 General Motors vehicles rattle off the line at the Arlington Assembly plant every day, and soon, more than half of them will be produced using renewable energy.

GM has signed a power purchase agreement with EDP Renewables North America that will see the automaker use 30 megawatts from the planned 250 megawatt Hidalgo Wind Farm in Edinburg, Texas to power its assembly plant.

“Our investment is helping accelerate the proliferation of clean energy in Texas and the use of wind as a reliable, renewable source of energy,” Jim DeLuca, executive vice-president of Global Manufacturing at GM, said.

On an annual basis, the plant will turn out more than 125,000 trucks using energy from 15 of the wind farm’s 261-foot turbines. The plant is expected to begin using the clean power in the fourth quarter of 2016, allowing it to reduce emissions by more than 1 million tonnes of carbon dioxide over the course of the 14-year agreement.

Meanwhile, three of GM’s Mexico facilities are slated to shift to wind power in early 2016.