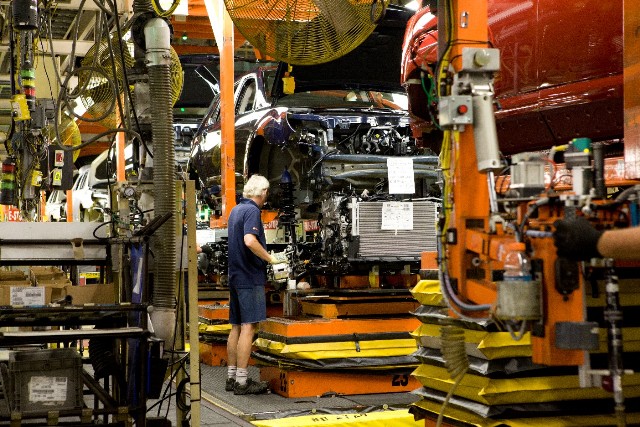 GM said a range of factors go into making investment decisions, pointing to $3 billion it has invested in Canada over the past seven years, including $800-million in its Ingersoll, Ont. plant PHOTO: GM

TORONTO—General Motors brass and the leadership of the Canadian union representing more than 20,000 autoworkers opened talks in Toronto Aug. 10, kicking off a month-long process that will likely set the trajectory for the country’s auto industry over the next several years.

Unifor will also meet with Fiat Chrysler and Ford Aug. 11 and begin to set the stage for its pattern bargaining strategy. As in the past, the union will focus on striking a deal with one of the Big Three car makers and use that agreement as a benchmark in subsequent negotiations.

Though both GM and Unifor said the talks began positively, their agendas are immediately at odds.

In a written statement released Wednesday afternoon, Steve Carlisle, the president and managing director of GM Canada said he is “hopeful” about the talks, but quickly added the company will not commit to any decision on Unifor’s primary demand—investments in Canada.

“As we have underscored for the past two years, GM won’t make any future product decisions for Oshawa Assembly until after these negotiations,” Carlisle said.

“It’s important for this agreement to reflect that contribution while also ensuring we remain flexible, innovative and internationally competitive for future investments,” he added.

Pointing to $3 billion in investments the company has made over the past seven years, Carlisle said “shifting market trends, macro-economic factors, capacity utilization across all our facilities, local costs for utilities, materials, supplier inputs, public policy supports and costs and much more” must be taken into account when making investment decisions.

For its part Unifor has maintained securing new investments and vehicle programs at Canadian plants will be a priority throughout “what could be the most important round of auto talks in a generation.”

With current vehicle programs set to expire, the future of GM’s Oshawa Assembly is among the top uncertainties facing Ontario autoworkers.