The automaker builds the crossover SUV at its Ingersoll, Ont. plant, where it laid off 625 earlier this year 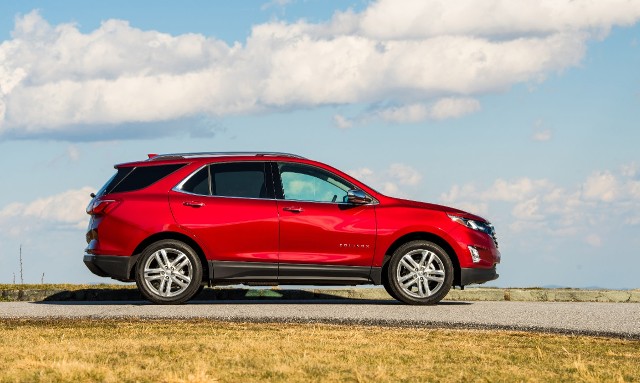 The new crossover SUV is about 10 per cent lighter than the previous model. PHOTO: GM

OSHAWA, Ont.—General Motors Inc. has slimmed down its Ontario-made Chevrolet Equinox, aiming to give drivers of the crossover SUV a nimbler ride.

“Think of it as core strength training,” Jill Dennis, the project’s lead development engineer, said in a statement. “The new Equinox’s structure is leaner yet stronger, resulting in efficient performance that inspires confidence while also creating a more fun, safe and comfortable driving experience.”

GM said the 2018 Equinox is 400 pounds (181 kilograms), or about 10 per cent, lighter than its predecessor, while the vehicle’s body is comprised of about 80 per cent high-grade steel.

The Equinox comes with three engine options, the most powerful of which is the 2.0L turbo. It offers 252 horsepower and can propel the SUV from 0-to-60-mph in 7.2 seconds.

GM is building the 2018 Equinox at the Cami Assembly plant in Ingersoll, Ont.—as well as plants in Mexico and China. The company laid off 625 workers at the plant earlier this year, which a spokesperson said was related to changing production from the 2017 to 2018 models.