The new supplier park will reshore 600 jobs to the U.S., as well as tighten the company's supply chain 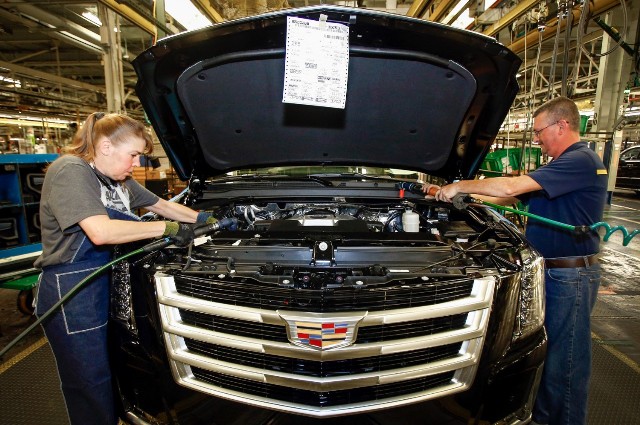 ARLINGTON, Texas—General Motors Inc. is planning to open a new supplier park in the Dallas suburbs to build parts for its sprawling SUV assembly plant in Arlington, Texas.

The company said the complex will include two industrial manufacturing plants and a number of warehouse buildings totaling 1.2 million sq. ft. It expects the project to create 850 new jobs—600 of which would be reshored positions, replacing work currently done at plants outside the U.S.

The move is part of a wider company effort to tighten its supply chain by establishing supplier parks adjacent to its assembly plants. GM said it has already completed similar initiatives at its Fairfax plant in Kansas, its Wentzville plant in Kentucky and its Fort Wayne Assembly Plant in Indiana.

The automaker did not disclose all of the suppliers that will relocate operations to Arlington, but said International Automotive Components Group would be among them.

The new complex will supply the Arlington Assembly plant, which builds a number of GM SUVs, including the Chevrolet Tahoe and Suburban, GMC Yukon and Cadillac Escalade.