In a blow to its Lansing Delta plant, the U.S. automaker will move production of the GMC Acadia to Tennessee 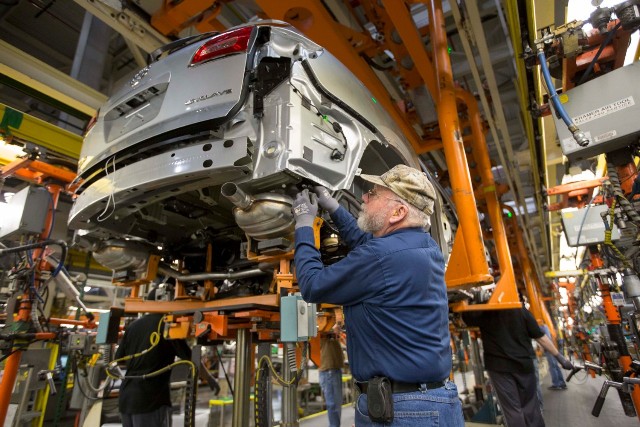 The Michigan plant will continue to build the Buick Enclave and Chevrolet Traverse SUVs, but will lose the Acadia to Tennessee. PHOTO: Jeffrey Sauger/GM

DETROIT—General Motors Co. is laying off 1,100 workers at an assembly plant in Michigan.

GM says it’s ending the third shift at its Lansing Delta Township plant because one of its products—the GMC Acadia SUV—is moving to Spring Hill, Tennessee.

The Lansing plant will still have two shifts building the Buick Enclave and Chevrolet Traverse SUVs.

Lansing’s last day as a three-shift plant will be May 12.

GM announced last spring that it would make the new Acadia in Tennessee. It has added a third shift and around 800 jobs to its plant in Spring Hill.

In other major news across the Atlantic, the company announced it will sell its European division to Peugeot March 6.