GM commits to using 100 per cent renewable energy by 2050

Despite long timeline, project is no small task—GM currently uses about 9 terawatt hours of electricity per year to build its vehicles 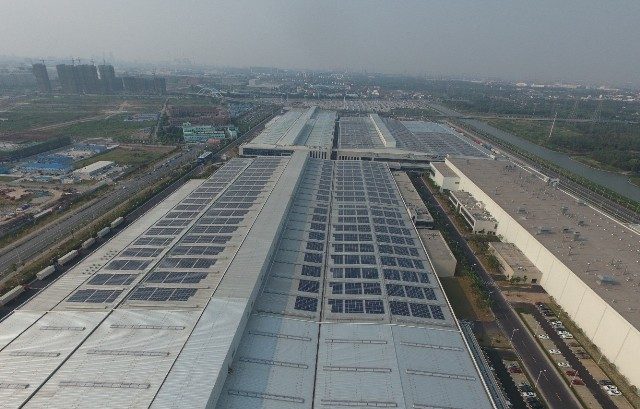 DETROIT—General Motors has set an ambitious goal to power its entire global network of assembly plants, warehoues, offices and research centres with 100 per cent renewable power by 2050.

Joining a host of other influential companies in the RE100—a voluntary initiative pushing businesses toward sustainable practices—the automaker intends to generate or source all its electricity from solar, wind and landfill gas within 35 years.

Though the timeline is not as ambitious as some other companies, GM uses a prodigious amount of energy. The company required 9 terawatt hours of electricity to build its cars and power its offices, technical centers and warehouses last year. The 100 per cent push will be an enormous step up from the company’s previous goal of 125 megawatts of renewable energy capacity by 2020—a goal the company expects to breeze past later this year.

Though GM is not the first company to commit to 100 per cent renewable energy, it is one of the largest energy users to do so. Ikea—a founding member of the RE100 and a large manufacturer in its own right—for instance, used 2.5 TWh in 2015.

Still, GM has some significant catching up to do. The Swedish furniture maker already produces or sources about 1.7 TWh of its electricity from solar and wind, and plans to go fully-renewable by 2020. Google, Starbucks and Tata Motors are a few of the other companies that have also committed to going 100 renewable under the RE100.