The U.S. automaker will sell all its manufacturing assets in South Africa and refocus production at its Talegaon, India plant entirely on exports 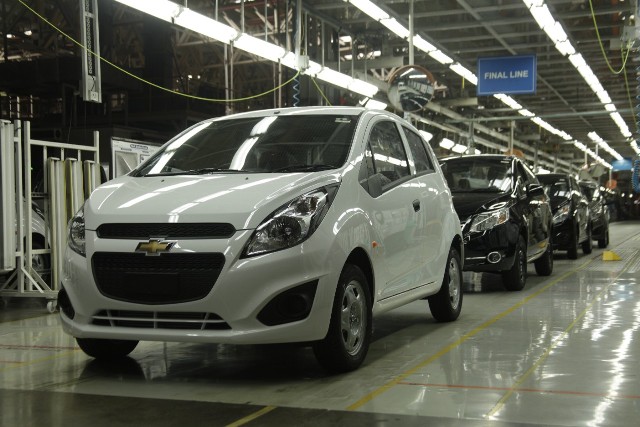 General Motors will maintain its Talegaon, India plant, but cars produced at the plant will be made exclusively for the export market. PHOTO: GM

SINGAPORE—General Motors Co. is retreating from two international markets in an effort to drive down costs and focus on regions that offer higher returns.

The U.S. automaker said May 18 it will sell its manufacturing operations in South Africa and stop selling vehicles in India. The company said it expects to incur a one-time charge of approximately US$500 million as a result of the restructuring.

“As the industry continues to change, we are transforming our business, establishing GM as a more focused and disciplined company,” GM Chairman and CEO, Mary Barra, said in a statement. “We are committed to deploying capital to higher return initiatives that will enable us to lead in our core business and in the future of personal mobility.”

Though the shift will see Chevrolet vehicles phased out in both South Africa and India, the company will maintain its manufacturing operations in Talegaon, India. The plant will produce vehicles exclusively for export, shipping cars to Mexico as well as Central and South America.

“In India, our exports have tripled over the past year, and this will remain our focus going forward,” Stefan Jacoby, GM executive vice-president and head of GM International, said. “We determined that the increased investment required for an extensive and flexible product portfolio would not deliver a leadership position or long-term profitability in the domestic market.”

GM’s operations in South Africa, meanwhile, will be sold to Japan’s Isuzu Motors, which also bought a controlling interest in GM East Africa in February. The company did not disclose the purchase price, but said the deal includes its Struandale plant, its remaining 30 per cent interest in the GM-Isuzu Truck South Africa joint venture and several other distribution and parts assets.

The company expects the restructuring to save it approximately $100 million per year.