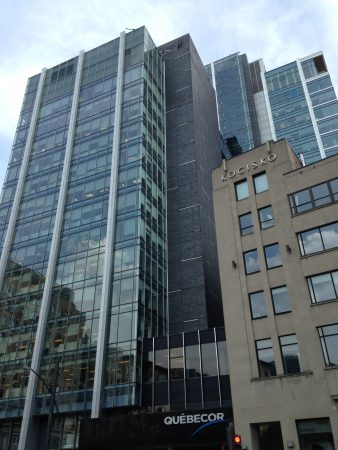 MONTREAL – Quebecor has proposed putting a corporate dispute with BCE’s Bell Canada on ice until at least April 23 – a move that offers possible relief for hockey fans who prefer their NHL games to be televised in French.

A truce would prevent a repeat of Wednesday’s corporate skirmish, when Quebecor blocked its French-language TVA Sports feed to Bell at 7 p.m. ET – just as the National Hockey League playoffs got under way.

Quebecor’s move defied a warning by the federal broadcasting and telecommunications regulator, which said it wasn’t allowed to prevent Bell TV from getting TVA Sport feed.

The Montreal-based company acquired the rights to French-language broadcasts of NHL games in a multi-year agreement with Rogers, which has control of the Canadian NHL broadcasting and multimedia rights through to the 2025-26 season.

A Rogers spokeswoman says the Toronto-based company wasn’t commenting on the dispute between Bell and Quebecor.

The Canadian Radio-television and Telecommunications Commission says it’s contemplating a suspension of TVA’s broadcasting licence and has ordered TVA’s corporate officers to attend a hearing in Gatineau, Que., on Wednesday.